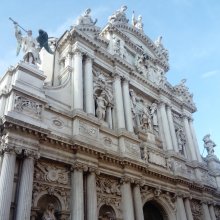 In our previous nostalgia adventure I shared my short flashback about Florence that had a special influence on my philosophy regarding traveling and art. However, the two other ‘strings’ of Italy which I would like to present are not smaller or less relevant than the city of Dante. Although one of them was my host only for a couple of nights and the other one for entire months, I can consider both places as tourist destinations and mysterious artistic shelters at the same time.

I still remember, that once I was walking in Budapest close to Móricz Zsigmond körtér (a square), and I accidently found an old, thick, blue book from the ‘70s with the title Itália. That work was my first deeper encounter with the magic of this country, and nothing was comparable to the feeling when I could see all the streets and buildings described in the pages just coming to life.

Even though plenty of movies, photos and novels had created a picture in my mind about these cities, the reality was pretty much different in both cases, but it did not bother me at all, and the trips of my imagination and those of my memories can get on quite well with each other, even since then. 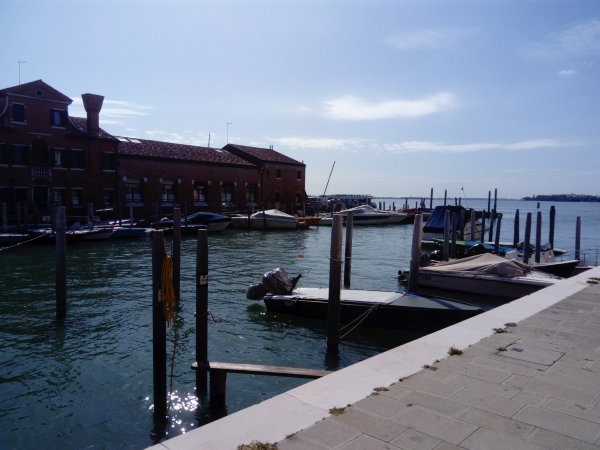 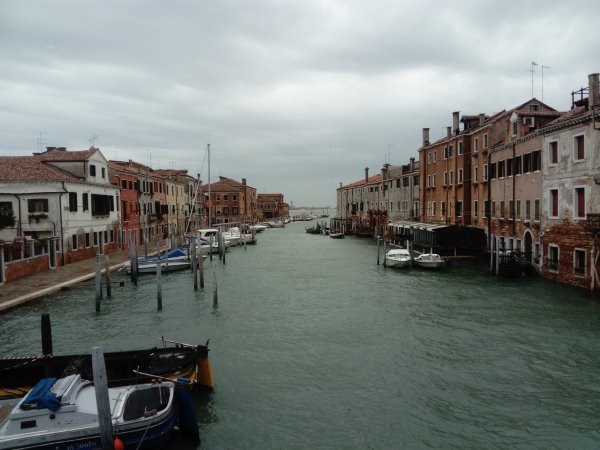 My first observation about Venice (Venezia) was obviously a very stereotypical one: there were bridges, channels and water everywhere, and the whole city looked like a fortress floating on the sea and consisting of thousands of pieces.

Later it turned out that all these bridges connecting the little islands were completely different: their shape, material and name as well, which was very interesting taking into account that the ancient people used to think that each bridge was a sort of portal to another world and divine spirits lived in them. So no doubt that the head of this family was Ponte Rialto, which’s curves cannot be confused with anything else in the history of architecture. 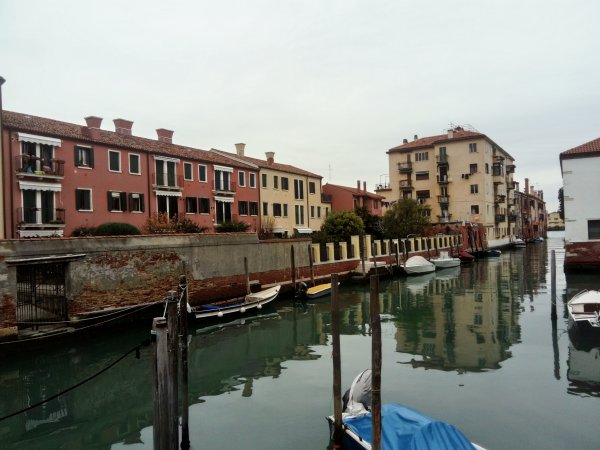 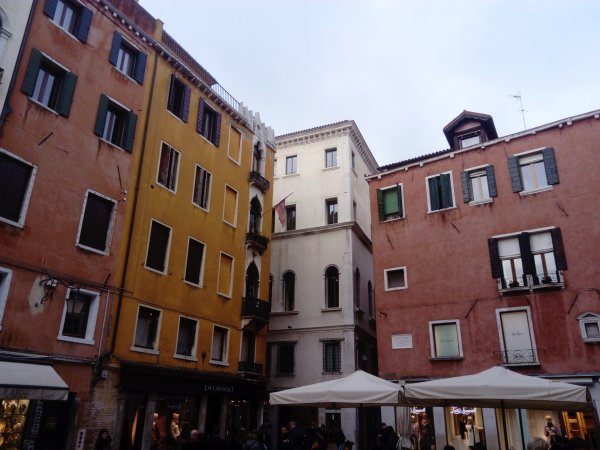 Although the city is among the ones with the biggest number of visitors in Italy and it has many hotels and international festivals (like La Mostra Cinematografica or Biennale), sometimes the whole place looks like a little town due to the fact that it has many small, hidden squares and streets where the people are spread all around.

I will never forget how I got lost sometimes in the beginning in the lagoons that seemed to be all the same, but after some time I became familiar with what a sotoportego, a fondaco, a campo or calle exactly meant. Maybe I was a complete stranger at the beginning, but all the trattorias and enotecas, so the bars, inns, restaurants and wine shops invited me to feel like a local person very quickly. 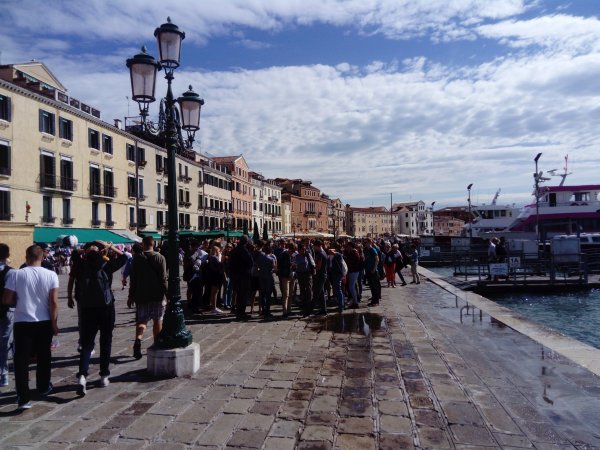 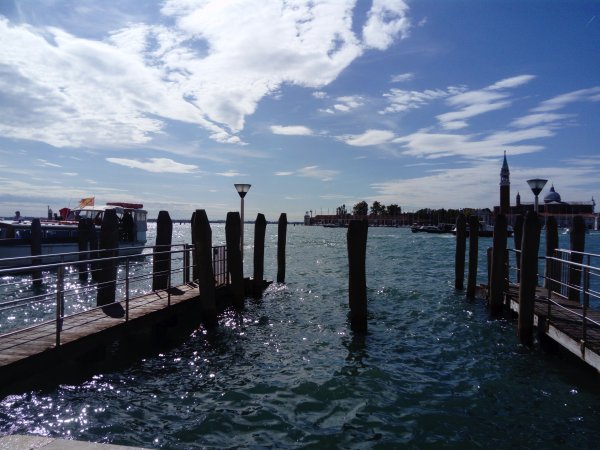 It had always been a huge miracle to me how it is possible that a city built on small islands of the sea became such a influential political power in Europe - and indeed, the Serenissima, as Venice is also called with some poetic pathos, had a great maritime empire that ruled the whole Adriatic region.

In the early middle ages it also had a lot of rivalry with the Kingdom of Hungary - what is more, one of our kings, Pietro Orseolo was a son of the doge, the monarch of the city. It is also a kind of curiosity that Velence is not just the Hungarian name of the city, but of a town in Hungary, which is thought to be established by Venetian and other Italian settlers. 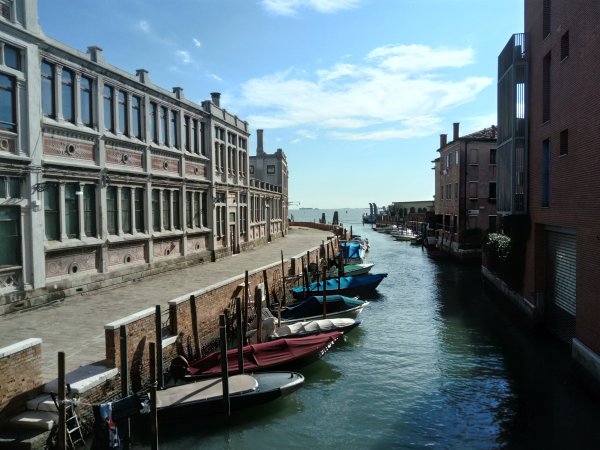 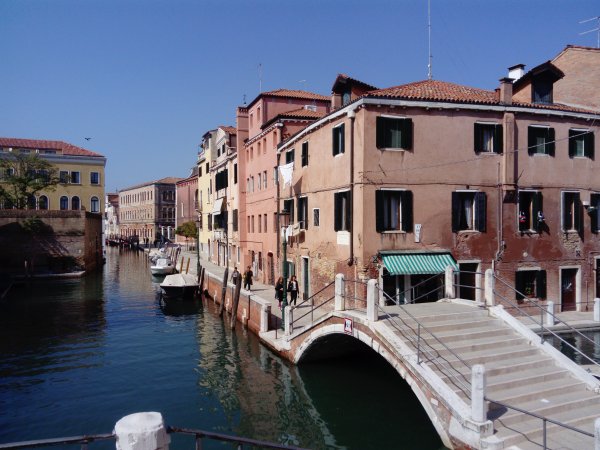 The doge (duke) himself, as a matter of fact, was a very special leader. He was usually elected by a council of noblemen, since officially the country was considered as an aristocratic republic. It is an interesting fact, that before starting their reign, they also had a traditional ceremony of engaging the sea with a ring, since Venice was the queen of the sea and it was often compared to Venus, who was born of the foams.

Ever since, Venetians really differ themselves from the ones from Mestre (a continental district of Venice) and the mainland (terra ferma), and they have a pun, that by constructing a bridge between Venice and the contient, ‘it was not the city that was connected to Europe, but Europe was connected to the city.’ 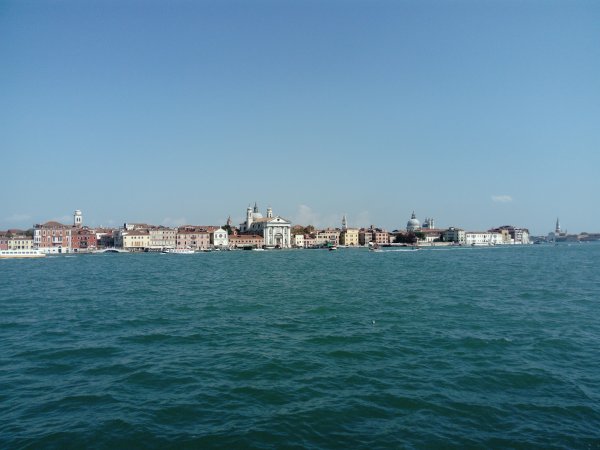 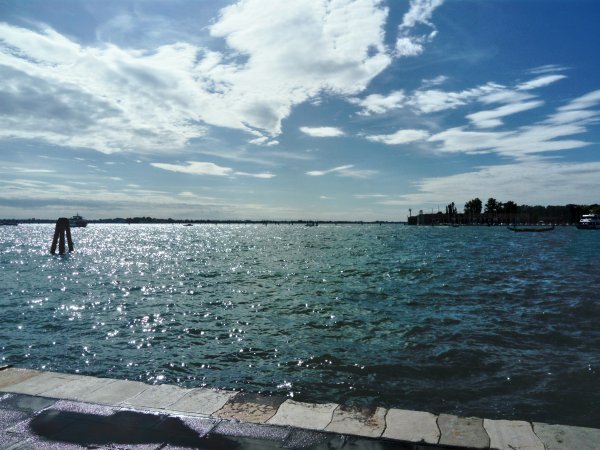 Back to the present. The charm, power and endless wealth of the city is very visible if we finally arrive to Palazzo Ducale, the former residence of the doges, which is outstanding even compared to other wonders of the lagoons. Probably that is why it is the only one that can bear the title palazzo, while the other palaces of the city are rather named Ca’ - referring to the Italian word casa ('house').

Venetian, by the way, is not just a dialect, but many argue that it is also an independent language: the most specific word which is usually mentioned as a fun fact is ciò, that has a huge variety of meaning depending on the context, and was a favourite phrase of gondoliers (if they do not sing 'O Sole Mio of course...). An attentive person can also notice an unusual construction that connects the Ducal Palace with the prison: that's the Bridge of Sighs (Ponte dei Sospiri), where the imfamous adventurer and womanizer, Casanova also crossed based on his own memoirs. 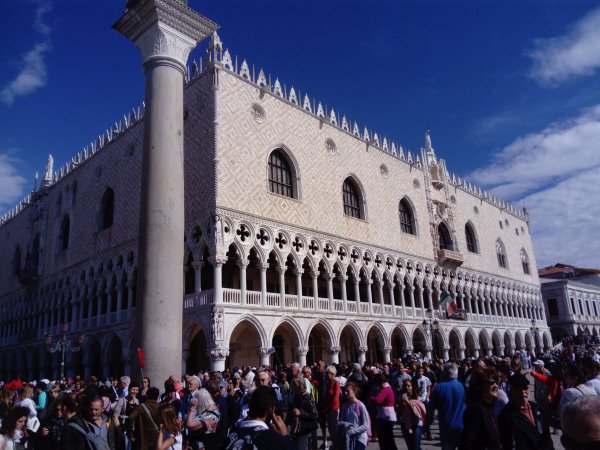 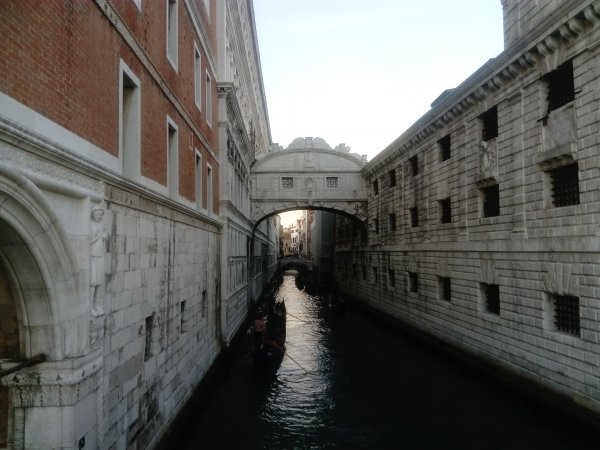 There is no time to mention all the palaces I had the chance to visit: Ca’ d’ Oro, Ca’ Rezzonico and Palazzo Bembo remained in my mind because of their exhibitions, but also the amazing panorama they provided: the eclectic collection of bell towers, roofs, windows, balconies and columns is the best outdoor museum ever that one can imagine.

Even traveling within the city could be a sort of fun due to the so-called ‘water bus’ (vaporetto), traghetto and other means of public transport. It was an incredibly surrealistic experience to see different kinds of boats and ships going back and forth, just as if it was a highway with cars - just you see, there, in Venice, everything had a watery version from a taxi to a motorbike, and of course: the famous gondola, which was basically used only by noble families, and nowadays is an inevitable part of tourism and romantic dates.

Actually, it is good if you do not have any hopes for driving these boats, because according to the rule only those can become gondoliere, who come from such families themselves by their fathers. 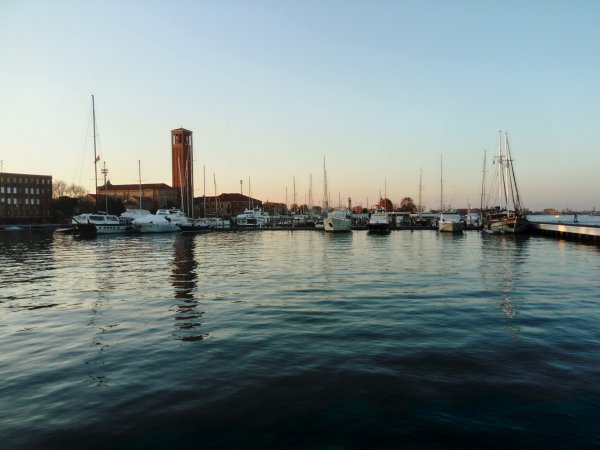 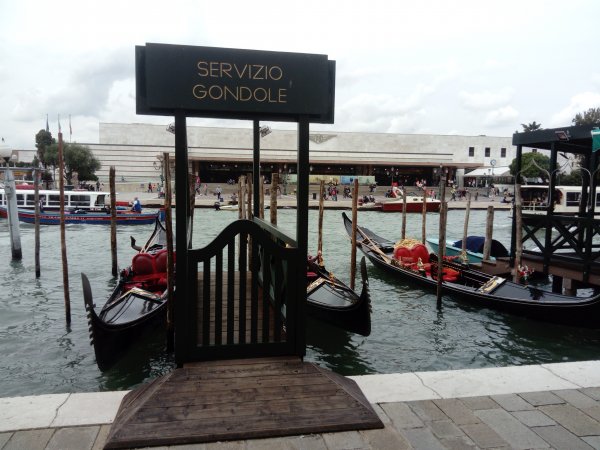 Speaking of: since I was in the city in November, I had a chance to see the infamous aqua alta ('high water'), so the tide of the sea, that sometimes even conquers the corsos and streets. Sometimes the flood is so high that it might even reach the beating heart of the city, Piazza San Marco, who is named after Saint Mark the Evangelist, the patron of Venice. His biblical symbol is the reason why the iconic historical flag of the city is a lion with wings.

Venice cannot get away with its connections to the sea though: it is very ironic, that if you look at the map of it, even the shape of the city looks like a fish -  Venezia è un pesce, as some locals, and the title of a book say. However, we can also encounter amazing places outside of this map, even in the other side of the lagoon. Chioggia for example, which is an independent municipality today, is called as 'little Venice', since it shares the same special culture of architecture. 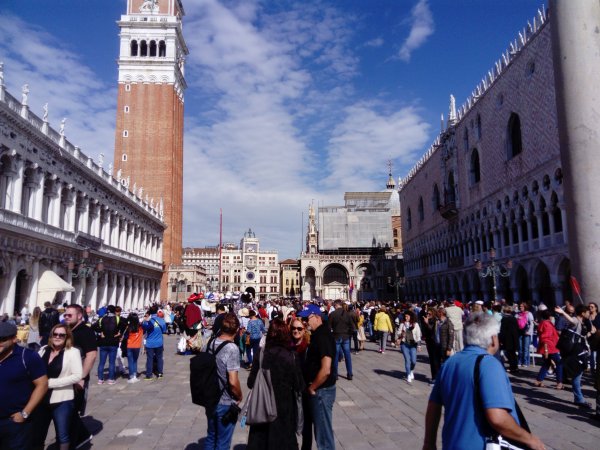 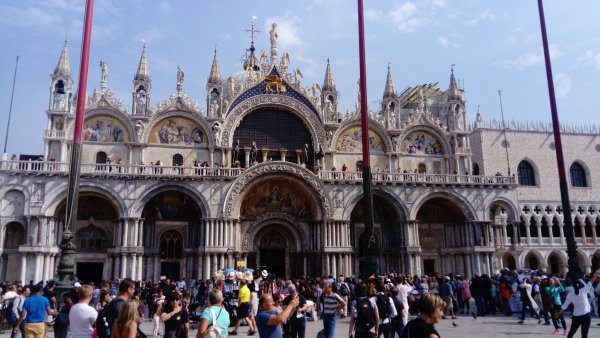 San Marco is also the name of the basilica in the main square, which’s beauty can be compared to the most amazing orthodox churches and clearly has a style which was influenced by Byzantine architecture. The Campanile though, the unique bell tower of the place should also be mentioned for the view it offers.

If you don't have an opportunity to spend months by walking in the mystical lagoons everyday as I did, the facade of San Giorgio Maggiore and Redentore in Giudecca district, and the monumental dome of Santa Maria della Salute are the greatest treasures of the clerical pieces of art in the city. However, if it is too much of aristocratic residences, just find some secret walkways with carnival masks in the shop windows, or discover Giardini, the biggest park of Venice close to the former entrance port of the city. 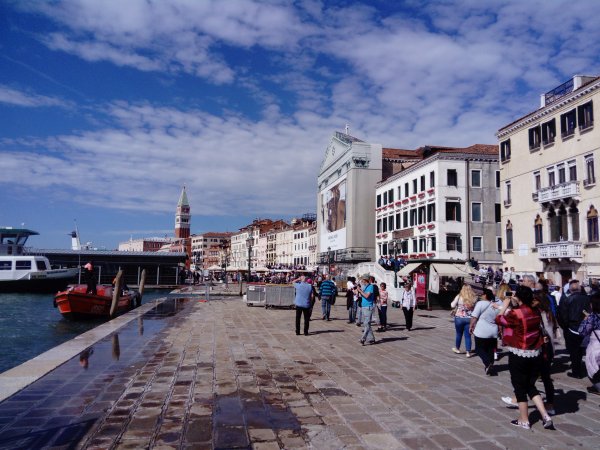 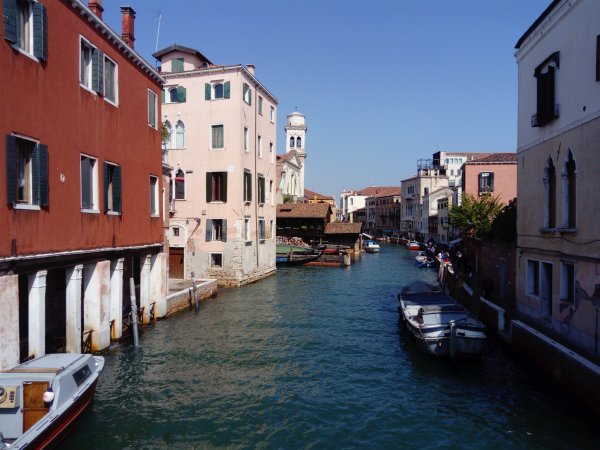 Those who prefer the modern life, I can also recommend Piazzale Roma and Campo di Santa Margherita with its chill youth life, eating a homemade ice cream or drinking a spritz on Strada Nuova, and going for a trip to Lido, the beach of Venice. It is a nearby island, where many celebrities have mansions and villas - that is why we may call it the ‘Beverly Hills of Venice’.

Even though they are complicated to approach, some small islands are also worth to see and they are indeed breathtaking. First of all, we’ve got Burano, which is famous for its lovely colorful houses, which create the atmosphere of an Italian fairy tale, comedy, or soap opera; then it is important to mention Murano, which is not only known for its high quality glass products, but there is a Hungarian line in the story again, that San Gerardo (Hun.: Szent Gellért) is also buried here: the martyr, who was killed on a hill of Buda, that was named Gellért-hegy for his memory afterwards. 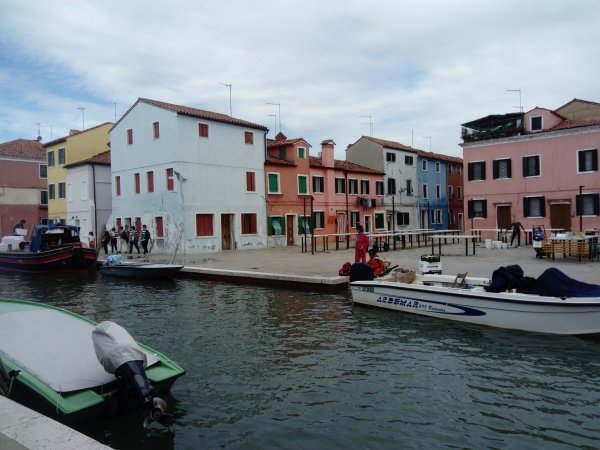 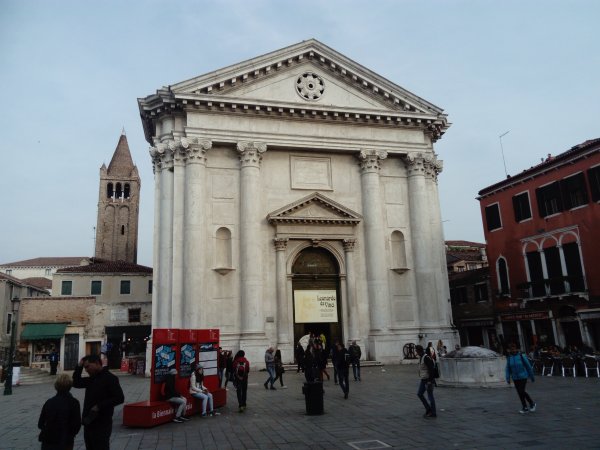 Apart from fine arts, architecture and further visuals, Venice is also the city of music: La Fenice, the famous opera house of the city is surely in the same league with La Scala from Milan, and one of the best composers ever, Antonio Vivaldi, the ‘red priest’ (il prete rosso) is also a native of Venice.

Of course, nearly everyone knows the Four Seasons (Le quattro stagioni), but he wrote many memorable violin conciertos during his career. The two pieces resonating with the vibes of the streets and the waves of the sea for me personally were La Follia and La Stragavanza, but you may like any genre of music, because it is just somehow a fruitful combination with getting lost in the middle of this romantic novella. 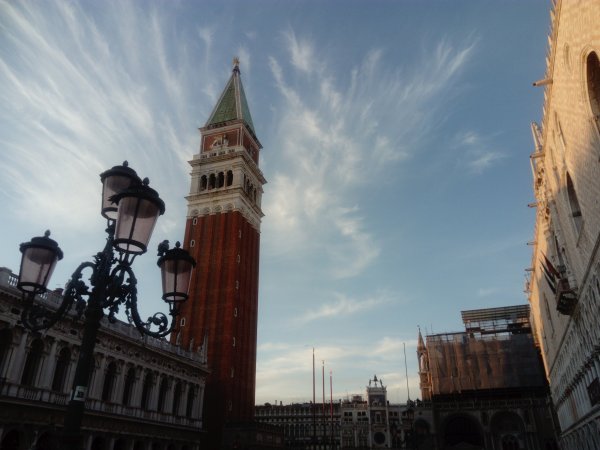 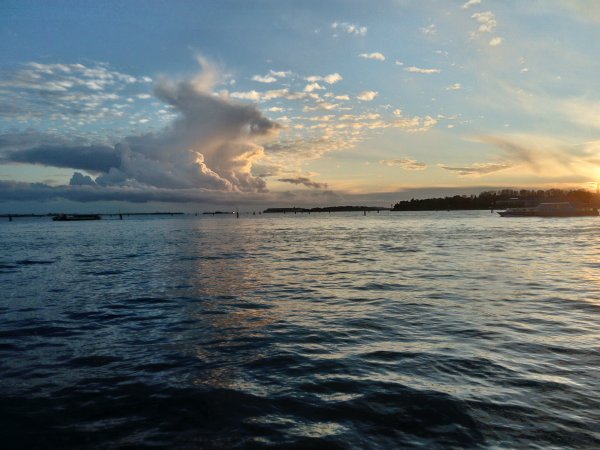 Venice is the city that cannot let you go and you will never stop thinking about, not even if years have passed. The silent noises of the lagoons, the distant white mounts and islands, the noble pride of every brick, stone and wooden stake is precious and meaningful there.

Many things I have learnt about being spontaneous, extravagant, brave, but cautious during my journeys, come from my Venetian experience, while I also realized that one could not make excuses and stay in a virtual cage forever. The world is much bigger than what we can compress in a television or computer screen, and the greatest exhibition of our lives is waiting for us out there with all of its dimensions that we should touch with all of our senses, not just by sight.

We just have to step on the board and sail away from that port finally towards the shining horizon.