Ocsovai Ferenc
A Journey with The Knights
The castle hill of Celje
Tartalom értékelése (6 vélemény alapján): 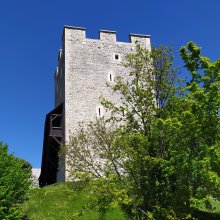 After visiting some of the most famous and touristic places in Slovenia, the time has finally come to explore something completely different. Since the beginning, I have been very interested in the land of fairy tales that I had heard a lot about, and that existed in my imagination. That is why I had decided to meet the real face of Slovenia beyond the pulsing city life and souvenir shops - the one of ancient castles and fortresses, mystical forests, shining fields, and skyscraping, cloudy mountains. 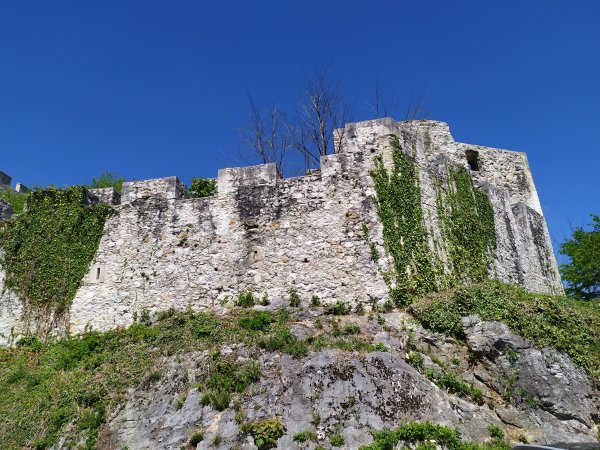 Today's destination for this mission did not just fulfil, but even overfulfiled my expectations, while I think it indeed represented the kind of magic that I had been waiting for in my mind. The third biggest city of the country, Celje (sometimes Cille in Hungarian), which was my next choice to visit, is located more or less in the heart of Slovenia. Just as Ptuj, it is one of the oldest cities in the area being inhabited since the Celtic times, and later it became a colony of the Roman Empire under the name Celeia.

However, before going deeper in the history of the place, there are some important notes I would like to share. Namely, the fact that if you have a chance to travel in the middle part of the country, you will definitely get an amazing and unforgettable view. 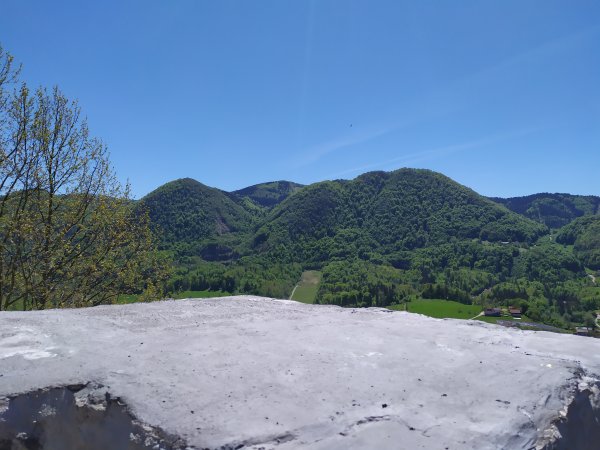 Of course, the best way is to ride a bike or go hiking, if someone wants to get lost in nature, but taking a train as I did could also be a memorable experience. The endless row of hills, mountains, vineyards, meadows and gardens really makes the observers feel just in the middle of a romantic, classicist or impressionist painting, while the various shades of green and blue surely catch our attention immediately. 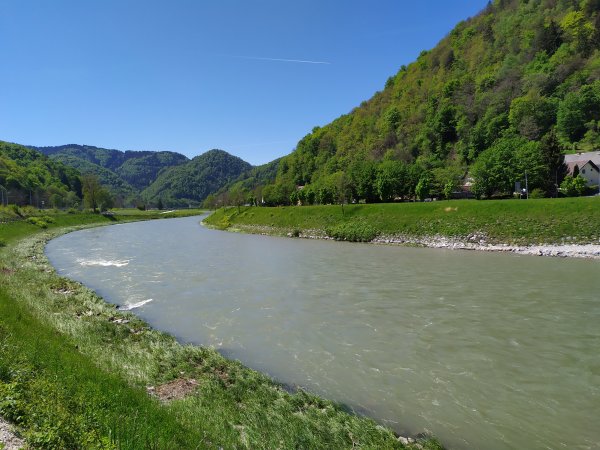 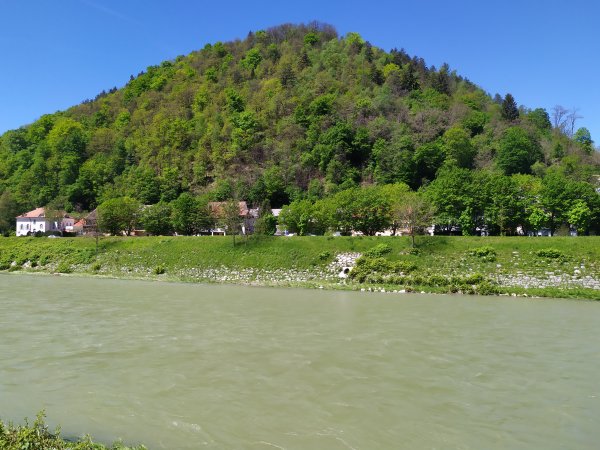 Most probably the mesmerizing and idyllic sight I received could not be duplicated at all, not even by the most advanced cameras or television screens. To be honest, I would rather say that everything that human machines can create based on this landscape would be only cheap and ridiculous illustrations besides the reality I gazed through the window.

The shapes and curves of the valleys all around with the farms, woods, and finally the rivers were inviting me to a sort of paradise or neverland that just needs to be discovered. As a stranger, my eyes just could not get enough of this pleasure, which also made me wondering whether the locals could ever get bored of these fields, but personally, I do not think so. 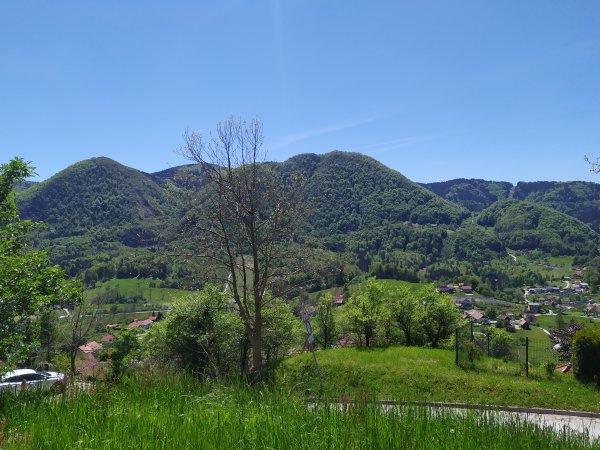 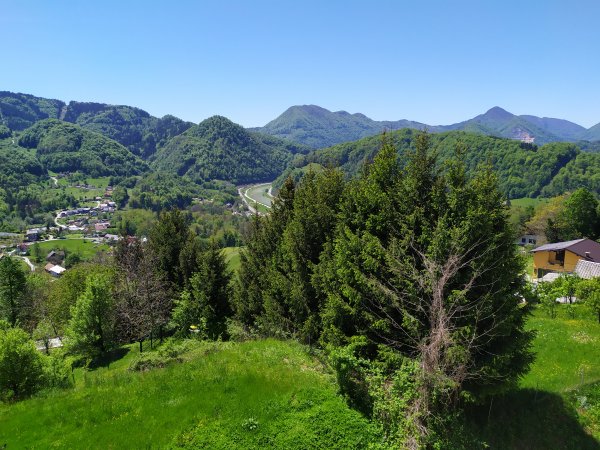 The most remarkable attraction of the city, which also had a central role in my trip is the castle of Celje, which is a very authentic construction back from the middle ages. Having romanesque, gothic and renaissance elements in its architecture, the building is an original and lovely fortress on the top of the settlement. The appearance of it reminded me to the castles of Northern Hungary, Southern Poland, or the ones from Austria and Germany, while it is a living and breathing piece of history itself that survived the storms of some hard times. 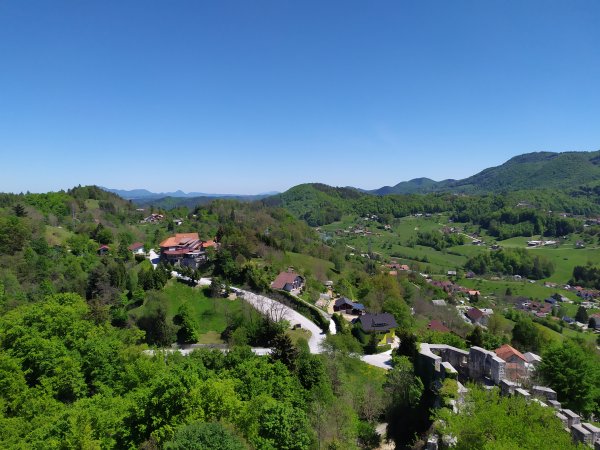 The walk begins at the banks of Savinja, which is the biggest one out of the three rivers of Celje with its quick waves and crystal clean foams. By following the water, it is very easy to find the trail that leads to Stari Grad (Old Castle), but we should prepare that going upon the hill is not always a pleasant and comfortable adventure. Yet many families and people of any age attempts to face the slopes of the hill, and the fact that the leaves of the forest cover the traveller during the whole climb with their shadows makes the path very peaceful and spectacular. 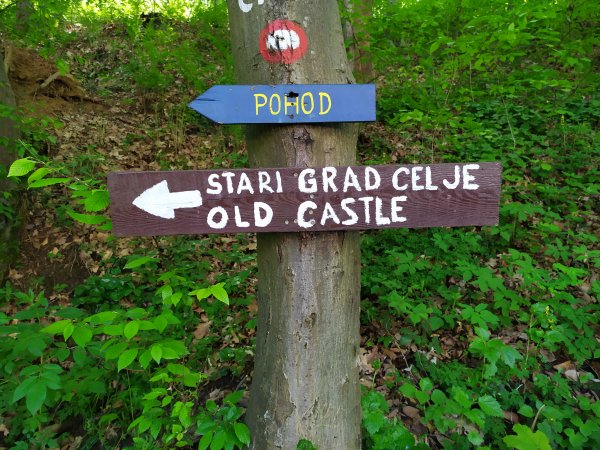 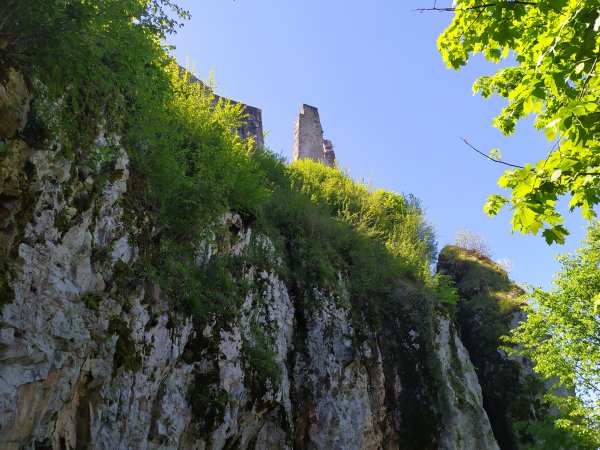 There is a possibility to take a car and drive around, but compared to the view among the stones and rocks that one can get by each stop, I doubt that it would be such a joy as walking. Besides, the award is much more precious for the viewer if they have fought for it before, especially when the forms and colors of the area below are coming to you slowly, but surely.

After a while you just have the feeling that the whole world opens for you, and on one side you can admire the high, bulging beauties of the other mountains around, then you can see some villages, gardens and church towers standing proudly in front of the guests. 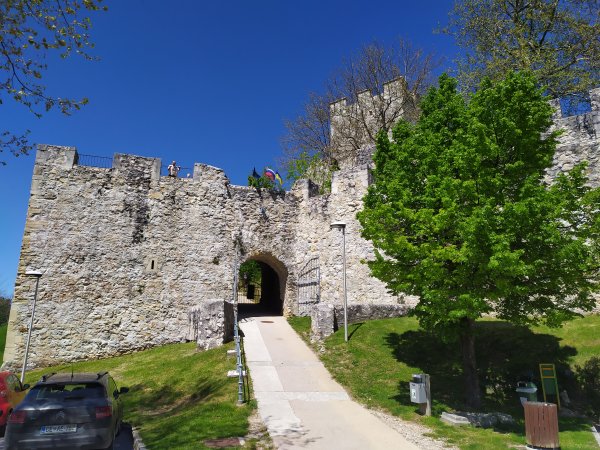 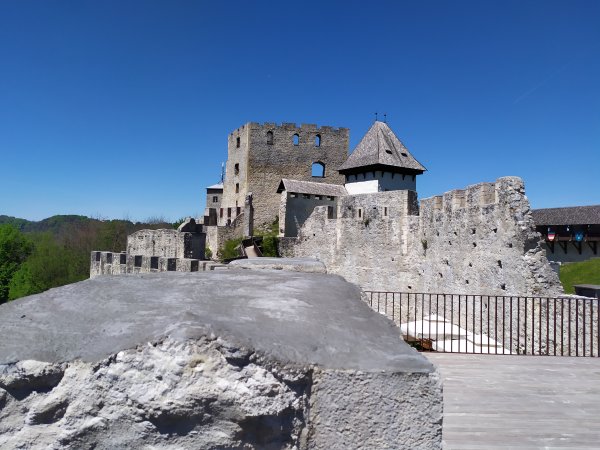 The other side is at least as miraculous as the previous one, since we can examine all the little roofs and details of the modern city from afar, but if one looks at the horizon, it is impossible not to see the beginning of the Slovenian Alps (Julijske Alpe - Julian Alps) in the distance with their bluish, snowy and mysterious peaks.

At the same time, the lines of Savinja and the other rivers are flowing across the city, and as the person observes this wonderful composition and real-life picture, they will soon feel that they are just falcons or eagles flying in the infinite sky. 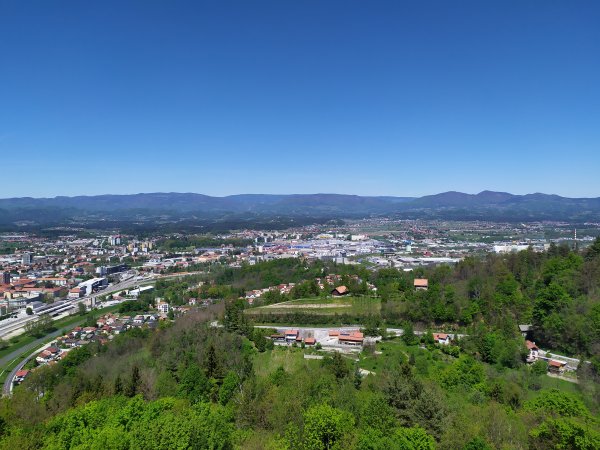 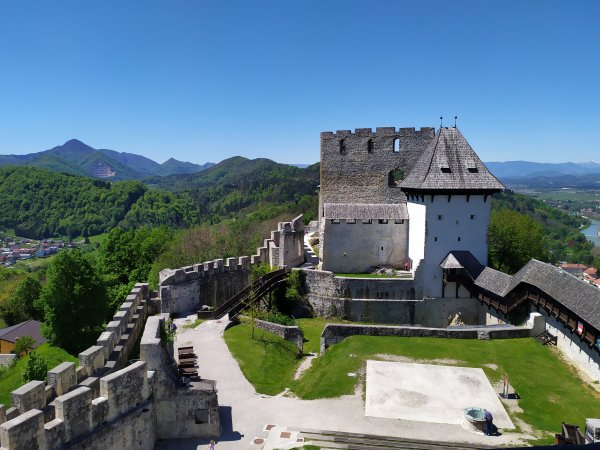 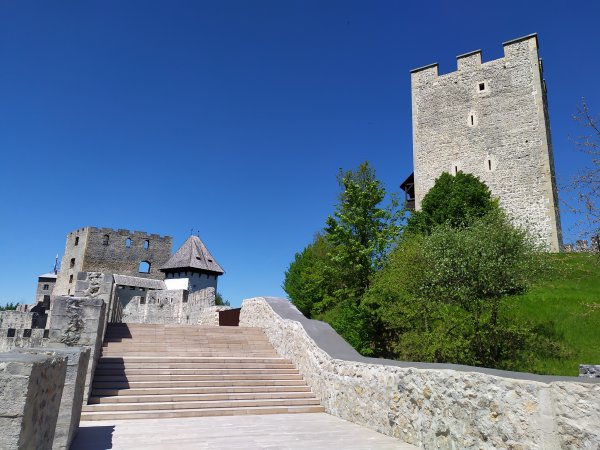 The medieval vibes of the castle mean an unbelievable time travel for the visitors, even for those who do not have a strong and vivid imagination. The reason is obviously the charm of the towers and walls that just seem to be drawings coming to life from some ancient chronicles or history books. The castle yard, the walkways and the bridges will definitely catch all the lovers of history, fantasy and architecture and it still looks incredible how the whole complex was established during the centuries. 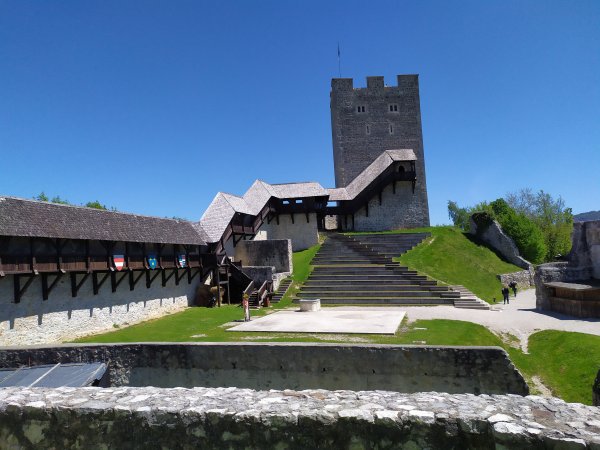 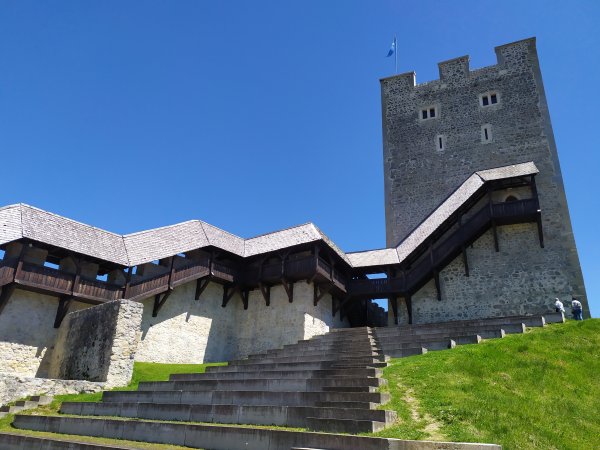 There are also terrible secrets resting behind the castle gates: the most famous is the story of Friderik II. Celjski (Hun.: Cillei Frigyes), the knight who was the landlord of the fortress and the territory around. He was forced to have a marriage with an aristocratic woman, but after her death he decided to marry a young noble girl, Veronika Dešnić in spite of the will of his family. As a result, he was imprisoned by his father and his wife was strangled, but later he had to be released to inherit the title and he did a lot for the well-being of his subjects who lived in the city. 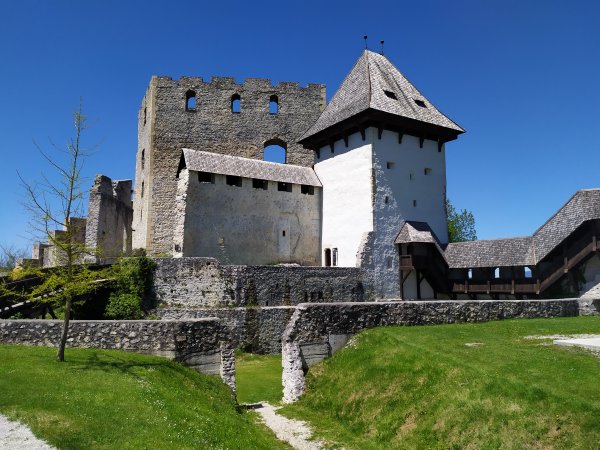 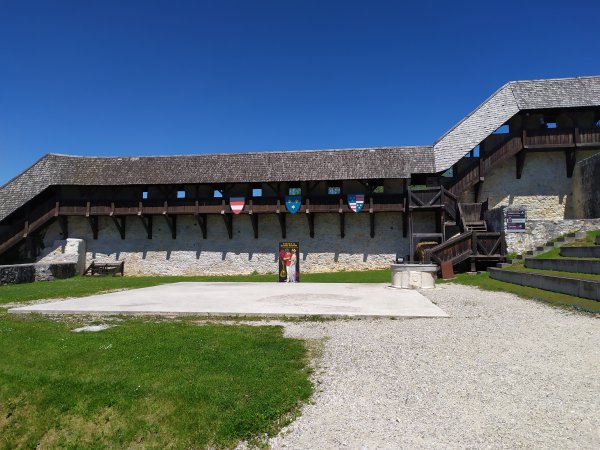 The tragic love of Veronika and Friderik is often referred as the ‘Slovenian Romeo and Juliet’, while the girl who was killed also became a symbol of poetry due to the fact that this story has inspired dozens of artists.

The following future of the family is also just as sad: although the house of Cillei had a huge power and influence in the Kingdom of Hungary and Austria for years, the son of Friderik, Ulrik was the last descendant who died in the siege of Belgrad (back then also called Nándorfehérvár). If it would not be enough of eerie tales and legends, you can enter the Theatre of Horror in the castle museum, which is a collection of medieval torturing machines. 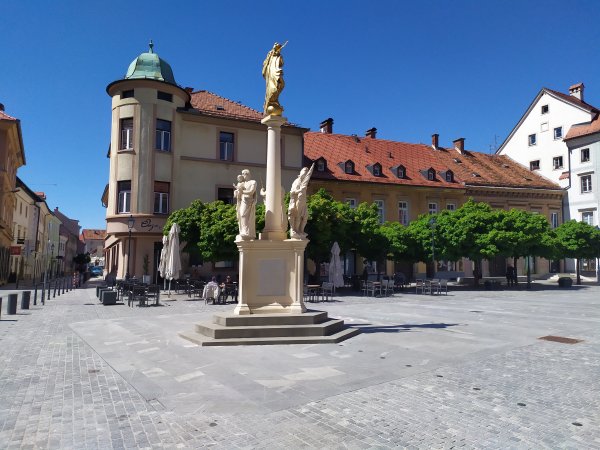 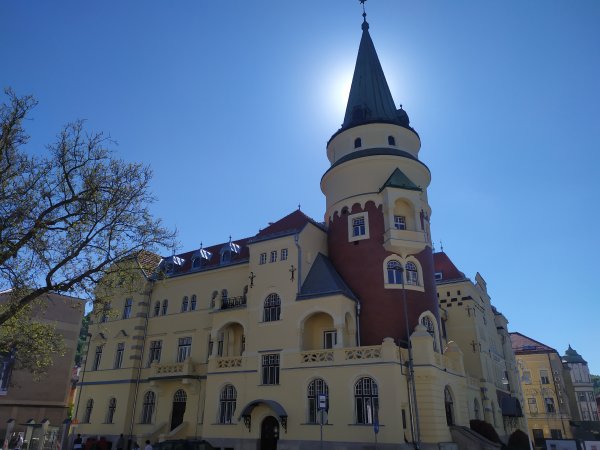 After leaving the castle with all of its wonders and dramas, we can finish our trip with a light walk in the city centre. The paved and narrow streets of the old town provide the same atmosphere I had already met in Maribor or Ptuj, and although almost everything is small and simple, the fact that it is not crowded and looks very traditional makes us for sure to have a seat in a terrace and have a bath in the afternoon sun.

If one really insists on encountering contemporary architecture, the building of the city museum, the National Hall (Narodni dom) and the fabulous, peaky tower of Celje Hall (Celjski dom) are perfect locations to pass by at the end of our adventure.