Ocsovai Ferenc
From the west to the south
Wrocław and Kraków
Tartalom értékelése (2 vélemény alapján): 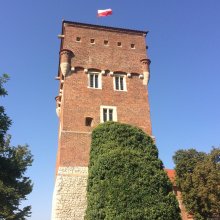 In the previous article I mentioned two out of the three main regions that create Polish Silesia, so now it is time to introduce the third one, Lower Silesia (Dolny Śląsk) and its capital, which is one of the largest cities in the whole country: Wrocław. The city, just like many others in West Poland, has a very tough history: it used to be the part of the Kingdom of Poland, then it was also the capital of the Duchy of Silesia for a short period, while later it became the part of Prussia and the imperial Germany.

After the Second World War the city (that had been known as Breslau back then) was given to Poland all together with many other regions of the former East Germany by the great powers as a compensation, due to the fact that the Soviet Union annected the eastern part of the country, which territories mostly belong to Ukraine and Belarus today. 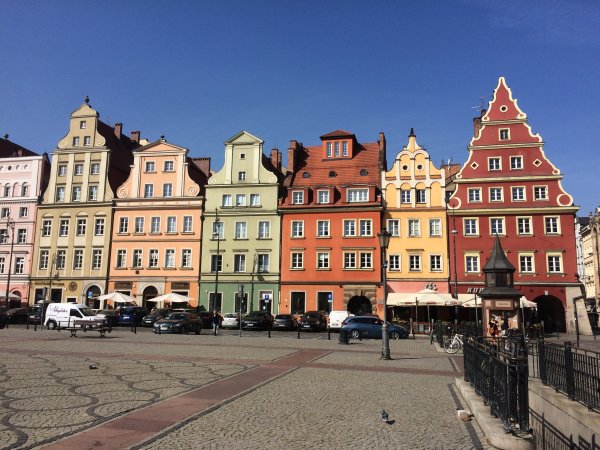 Wrocław is indeed a city that never sleeps, since it is full of opportunities, people, life, and what is more, it is also an important city of students. However, before checking out how it looks like nowerdays, it is worth to walk around the streets and breath its centuries and ancient vibes a little bit, because this place indeed has its elegant, gorgeous and respectable magic. 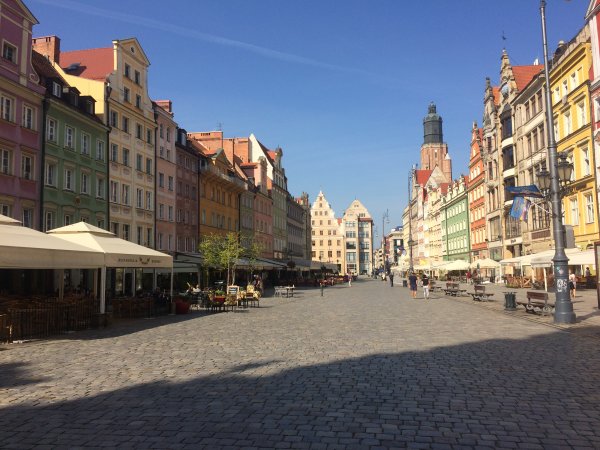 If the travelers should compare or summarize somehow the architecture, the colors, and the structure of Wrocław, the first two cities that might come to their minds are Prague and Venice - the first one definitely for the Slavic-Germanic medieval spirit of the houses and churches, whiel the second one for the central role of the water that floats in the entire atmosphere of the city. 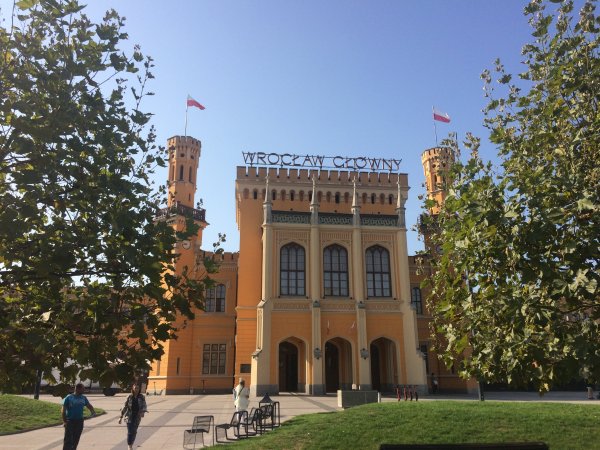 The place - just like Opole I described last time - lies by the Oder, but here the river really reaches its full size and dynamic energy. This way rambling on the boulvards of the riverside or walking through one of the dozens of bridges (Wrocław has more than 130 of them, such as Tumski or Grunwaldzki) could be a simple and pleasent joy on its own. 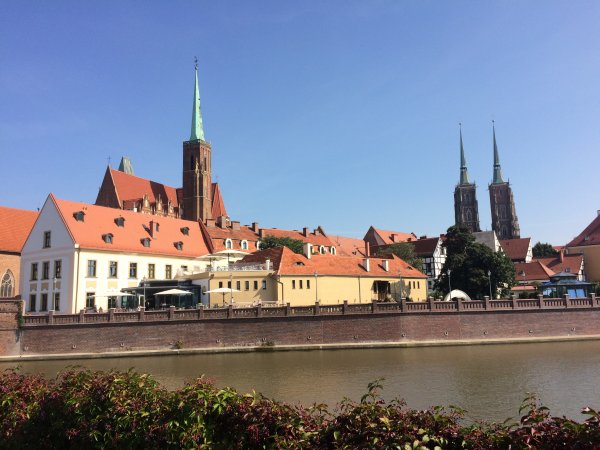 If someone is not satisfied with that, and wants to have a wider view on the flowing heart of the city, there is also a possibility to explore everything by short cruise trips - although the easiest way to look around in the area is going to the island called Ostrów Tumski, which has many small hidden corsos, gardens and a lot of Catholic churches, for instance the Cathedral of St. John The Baptist built in Gothic style. Other churches are also represented, so we can discover an Evangelical church in the modern centre, but a synagogue (Synagoga Pod Białym Bocianem) as well. 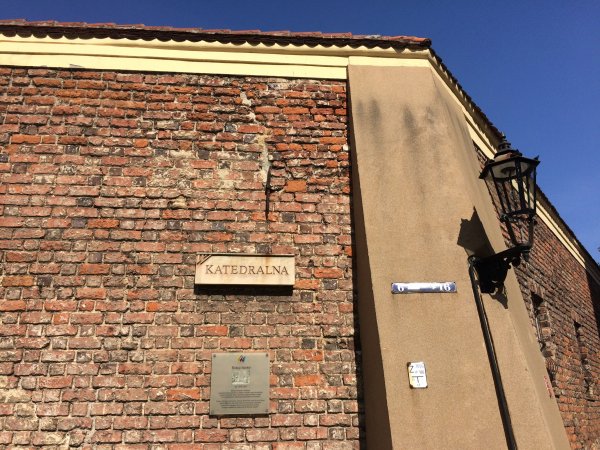 Due to the central clerical and administrative position of the city and the strong Catholicism in the country, Christian buildings can be found everwhere from tiny chapels to gigantic basilicas like the Church of St. Elisabeth of Hungary or the Church of St. Mary Magdalene - even though most probably one of the most iconic constructions is the Town Hall in the main square (Rynek) built in a Gothic style as well. 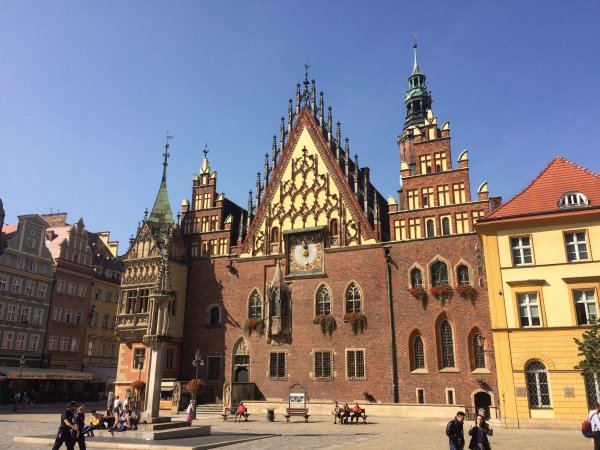 The later ages in history also left their marks on the city, so we can find classicist buildings like the Opera Wrocławska, the University of Wrocław, the Museum of Medallic Art or the National Museum, but the modernist architecture is very popular too - yet the shopping malls, hotels and business centres all find a way to fit to the picture and form a changing and eclectic profile together. 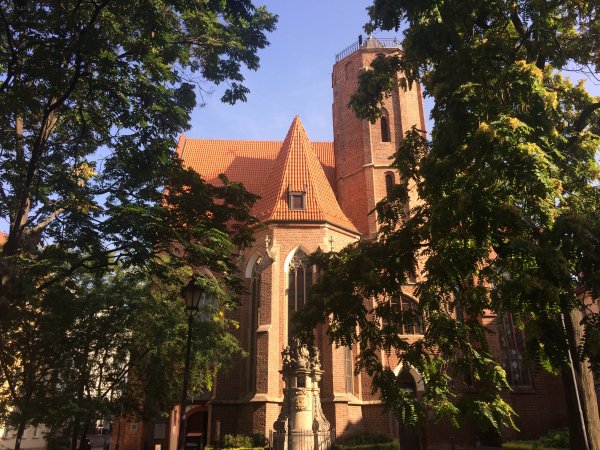 The old and the new railway stations also have quite impressive and remarkable buildings, while the world of lagoons, parks and secret narrow streets (ulice) will be at your service if your aim is to get lost in this endless pulsation. There is an interesting fun fact connected to the streets: if the tourist observes carefully enough, they can see small creatures all around the centre: they are the gnomes of Wrocław, so small and dwarf-like metal figurines doing different activites depending on the place they are located at. 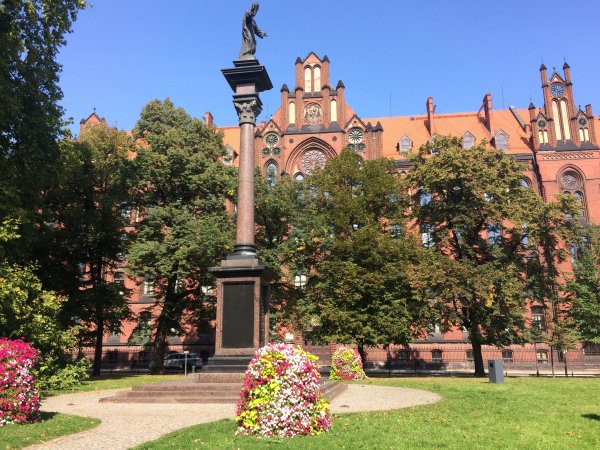 The city has very friendly vibes anyway: we are both able to feel international and traditional tones all around, which is guaranteed by places such as Świdnicka, Kuźnicza, Kotlarska or Więzienna lying all close to the market square. 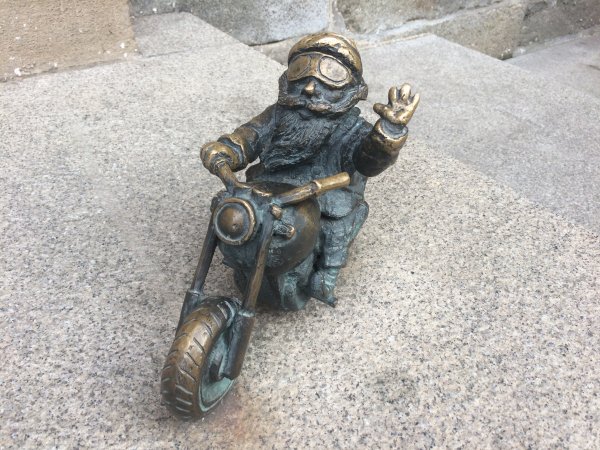 Now it is time to leave the Silesian area for a while and visit one of the most famous cities not just in Poland, but all around Europe: it is Kraków, the capital of another important historical region and voivodeship, Lesser Poland (Małopolska). The city surely has a key role in the story of the country, since it used to be the first capital during the royal times and  it had a bishopric as well, but it could maintain its importance in the later centurties too. 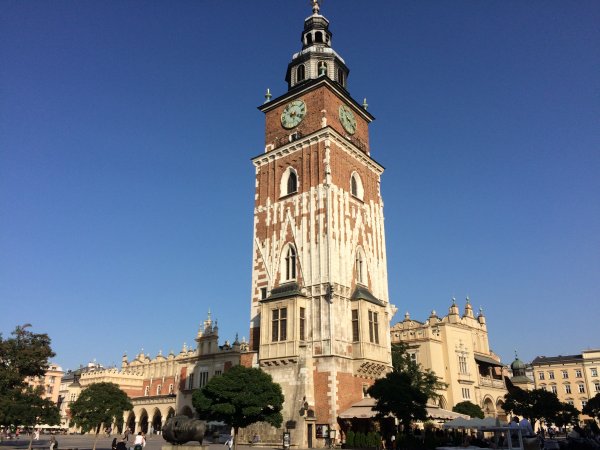 Maybe it survived the storms of the past more luckily than other Polish cities, but it also had some difficult periods: during the devision of Poland it was annected by Austria and became the part of the territory called Galicia (Galicja) and, of course, it suffered a lot as the part of the Third Reich in the twentieth century. 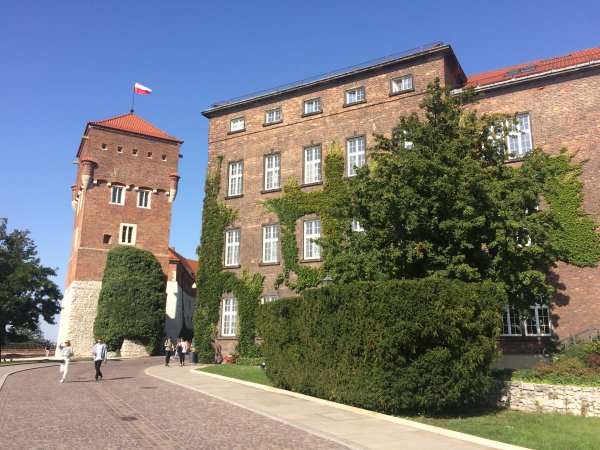 However, Kraków has such a miraculous shine and essential magnitude that the original face did not disappear under ruins, and walking around the bunches of tiny squares linked by cozy market streets gives us the impression of a real time travel if we let it happen. The vibes of the centre might remind us a bit to those of Rome or Florence, yet it is designed with the very specific and unique Eastern European shapes and colors we can also notice in Czechia and Hungary. 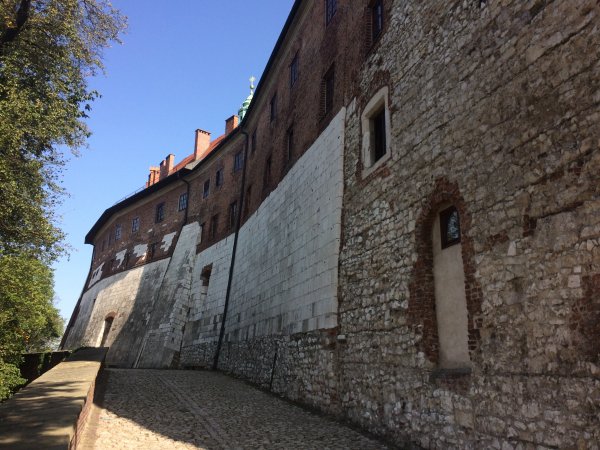 The core of the city is the castle hill called Wawel by the river Vistula (Wisła), which is full of visitors almost every period of the year due to the extraordinary royal palace and the Basilica of Stanislaus that are both master pieces of the local architecture. 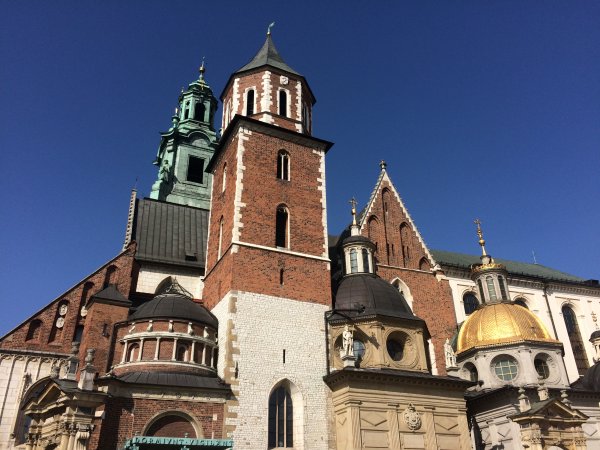 Rambling among the old walls there is like flying to a familiar, yet alien world: something that we might know from books, movies and documentaries, but the vivid and massive experience that the personal presence can mean is just priceless. 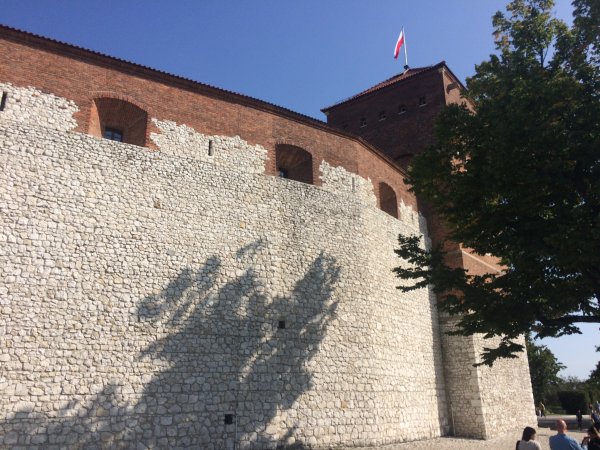 Although there is no doubt how mystical the place is, the legend about a dragon living in the caves under the hill makes it even more fascinating: the monster was fooled and killed by the smart trick of a cobbler, who stuffed calf skin with sulfur and fed the dragon with it. If we have a trip close to Vistula in the parks or the walkways, we will quickly realize that the magic does not disappear and we can feel the eternal and romantic peace everywhere all over the city view. 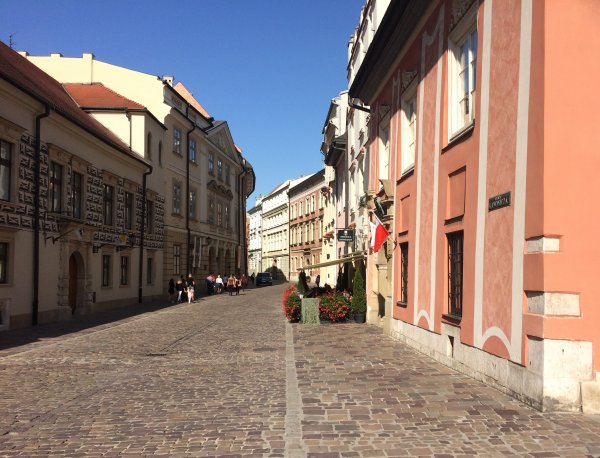 Apart from being a living monument, Kraków also has its bustling and alluring charm that we will definitely see if we walk on the boulvard Grodzka: this is a street leading to the old town (Stare Miasto), which also means that it is full and awake during the whole day: we can find souvenir shops, fancy bars, restaurants, pubs (karczma) from the cheapest to the most luxurious cathegory, so everyone will discover something that fits to their taste and requirements for sure. 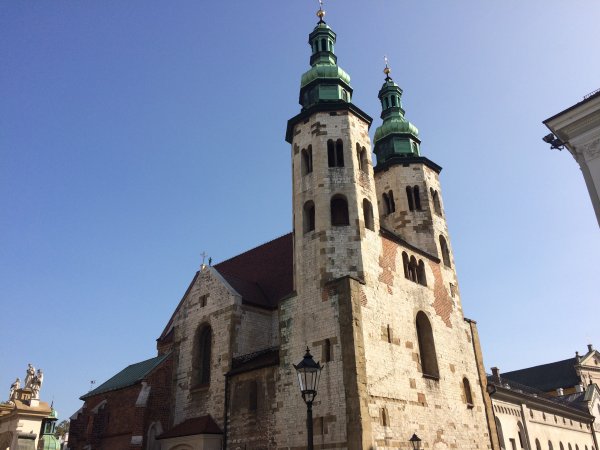 If we are lucky we can hear the melodies of a violin or an accordion, while we can admire the Saints Peter and Paul Church with its beautiful baroque facade and its fabulous statues that could even be built somewhere in the middle of Italy. 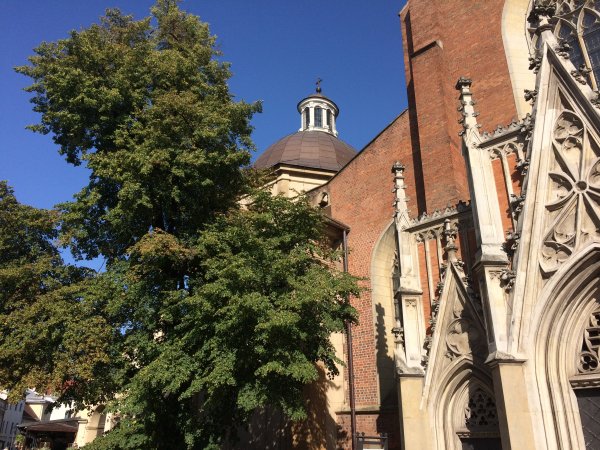 In the end of this journey we are going to arrive in the main square, which is another famous symbol of Kraków: first, for the kamienice, which means the traditional townhouses we can find there; second, for the Cloth Hall (Sukiennice) in the centre of the place, that is not just an amazing construction from the outside, but has a genious passage inside as well full of market stores, while the walls are decorated with the coat-of-arms of Polish cities. 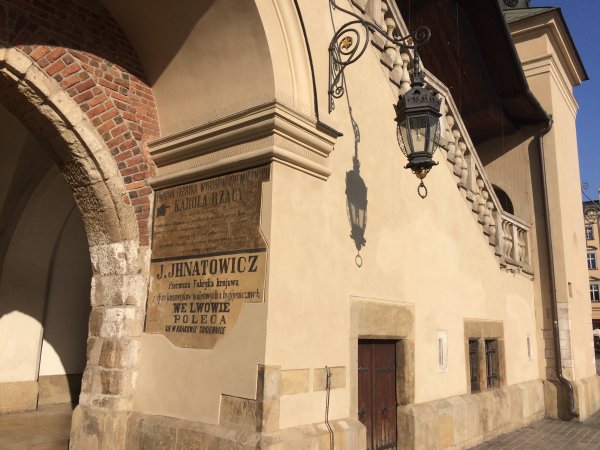 The most interesting part of the Rynek though is the St. Mary's Basilica with its incredible measures and the legend of the trumpeter who warned the people of the city and was killed by a Tatar arrow - thus, today he is remembered by a song (Hejnał mariacki) played from the tower of the church. 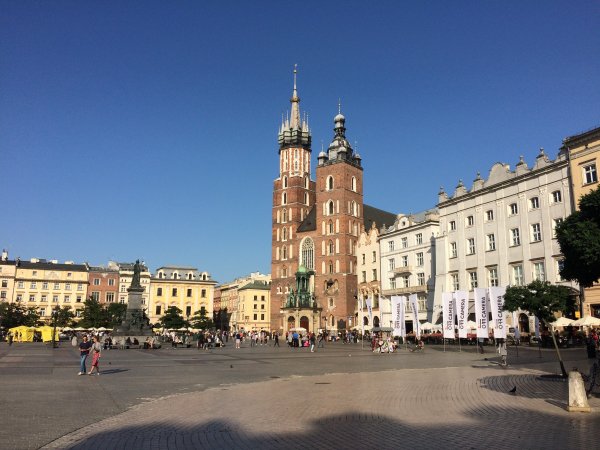 Kraków also had a significant Jewish minority through its entire history, this way we can visit many secular and religious buildings in the Jewish quarter such as the Stara Synagoga, so the Old Synagogue. Those who want to see another hospitable street full of coffee and food shops or bars and small stores, the Floriańska will be the perfect choice. 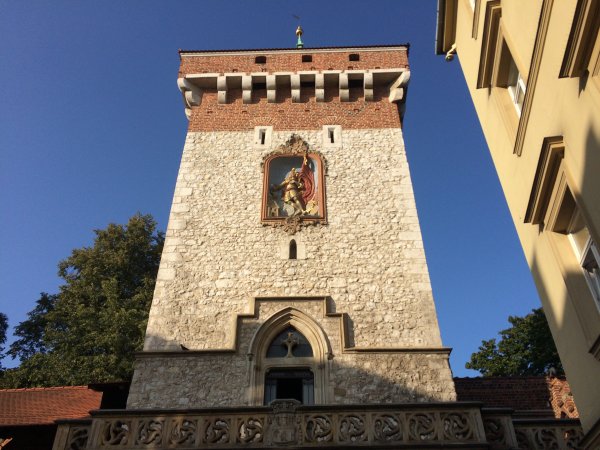 This street ends with St. Florian's Gate, a sight that used to be at the border of the historical city, while if we go ahead under the gate, we will find the Barbican (or Rondella) in the other side - a bastillon that had been the part of the defense system of Kraków for centuries. If you are also interested in the neighbourhood of the city, you can visit the Benedictine Abbey of Tyniec, which sits on a rock right next to Vistula and indeed has a very spiritual feeling.