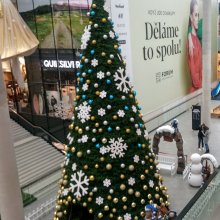 Christmas is coming in a week, so if there is a thought that can be found within many of us, it is definitely that one. To be honest, during the last few years the holidays did not bring many new experiences and impressions to me, so Christmas had started to lose its content for me, and it had become a period of the year that was only about relaxing and spending time with the family - but there was almost nothing else beyond anymore.

However, since I am working with children now, and, what is more, I am doing it in a Christian community, it was inevitable to think about Christmas a little bit more this year. As a result, I have got so many interesting discoveries inside the human soul and in my personality as well that I cannot doubt it by now that there is a special meaning in our existence. 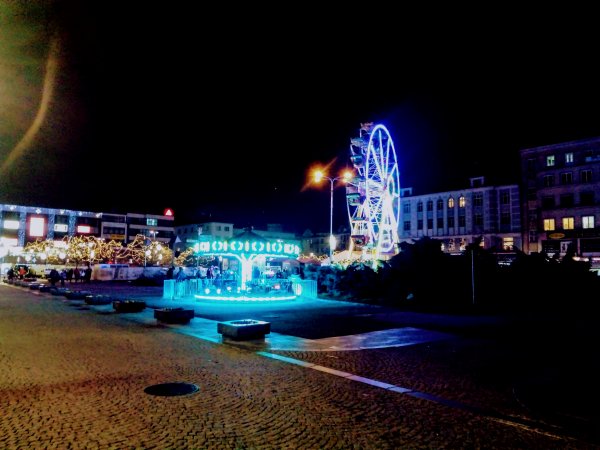 Besides my job, the unique Christmas vibes I could see and feel in the city have also helped me a lot to set my mind to the holidays and find something extraordinary or memorable, wherever I go and whatever I do. I have recently had the concept in my head  as I also told some friends that Ostrava is the Czech capital of Advent for sure.

There are many famous Christmas markets in the wider region: you can visit the one in Vienna, Bratislava or Budapest, but the atmosphere that has been built here means much more for me, probably due to the personal connections that I already have with this place so far.

All the necessary ingridients are given: the shopping malls are full of angels, Christmas trees, snowmen, snowflakes, stars and other lovely creatures, and the city is also full of lights and decorations, especially the way to the main square, where there is a rink for skating and a big wheel as well. 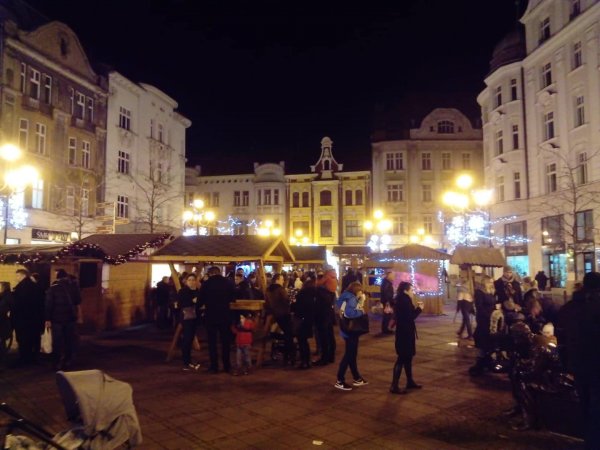 Of course, there are a lot of markets, so the square is almost always crowded in these days because of the people who would like to taste a delicious mulled wine (svařené víno), a special and honey-based Czech liqueur (medovina) or one of the dozens of seducing dishes (for example trdelník) that call the visitors to give them a try.

The traditions, the activities and the marketing itself are obviously very similar to the ones I have experienced so far, but since I have noticed the little cultural differences, the whole exploration gave me the feeling that there were phenomenons and moments in our lives which are kind of universal.

Even though the Advent period has given us a lot of extra duties at Don Bosco, I do not regret any of them. They were full of new impulses, intimacy, and sometimes even creativity, and I could always find a certain purpose in front of me: the fact that I could make the others smile or beloved without any selfish motivations, and this is my wonderful gift for Christmas from this project, which has been growing inside my heart for a couple of months now. 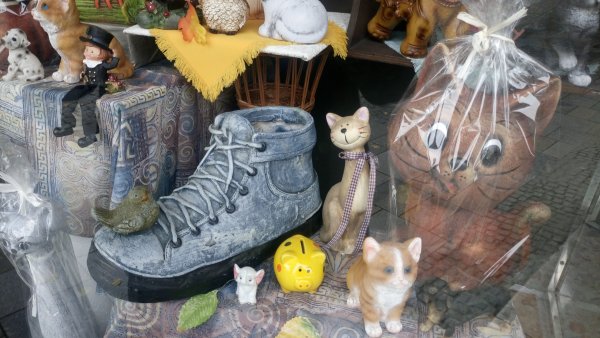 The warm greetings I get everyday, the jokes, games and conversations I have both with the kids and with my collegues are even deeper now, and I have become more sensitive for the small details and resonances, although they were not conscious in the beginning.

The overture of the Advent for me was a trip to Havířov, which was a sort of team building consisting of a sightseeing, a lunch, and an ice hockey match in the evening. I had never participated in such a sport event before: I had experiences only with football and basketball, but certainly I was aware of that winter sports like ice hockey (and also floorball) are very popular in the country, and they are probably as important in Czech Republic as handball or water polo for us in Hungary.

In the end the match totally met my expectations, and I really enjoyed being the part of something bigger again by recognizing how much some everyday situations can bring us closer to each other and how they can build a stronger connection between the people. 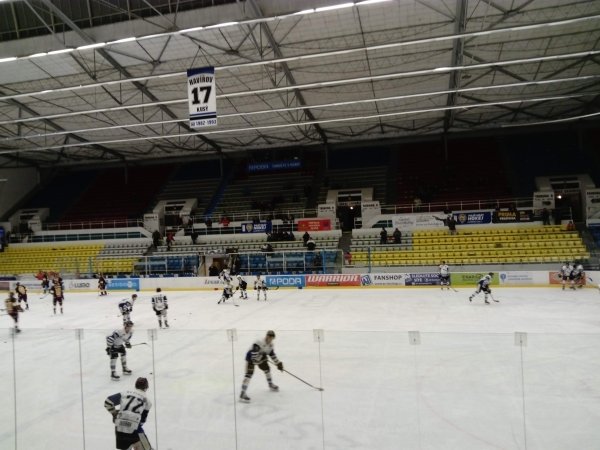 The next important and unforgettable step for me was Mikulaš, so the holiday of Saint Nickolas, that was not only special for me because we have almost exactly the same tradition in my country, but also because I was asked to play the role of the main character this year. Even though the job did not seem to be very difficult theoretically, it was still a kind of challange for me, and I felt a huge, but motivating responsibility since I knew that it was going to be quite important for all the children I knew.

The fact that I had been asked was a sign of trust for me, so I really wanted to show my really best, and even though there were some funny and embarassing moments on my first day when we were participating in the holy mess in our church, I could get used to my task surprisingly quickly and I felt that I had given something original and productive besides of fulfilling the usual requirements. 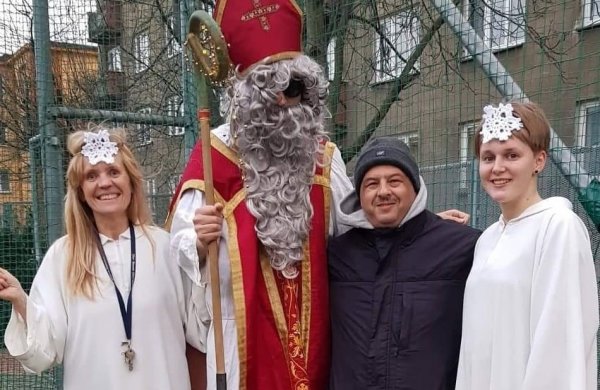 I had never thought that I would ever do such a thing in my life or I could cope with it, but each moment of it was a real pleasure and although many kids knew my secret, there were some others who said or did very touching and heartwarming things for the Mikulaš, that made me really honored and valuable.

There have been many of these unique situations when I could find some little joy or magic during the working days: one of them just happened on my birthday for example. At our workplace we have a special and informal tutoring, the so-called doucování, that means that the kids can choose someone to teach them if they need some help in school. Even though I had thought English, Maths, and once even Czech (!) so far, I was so surprised when one of the kids took my kidding recommendation seriously about learning Hungarian and he tried it. 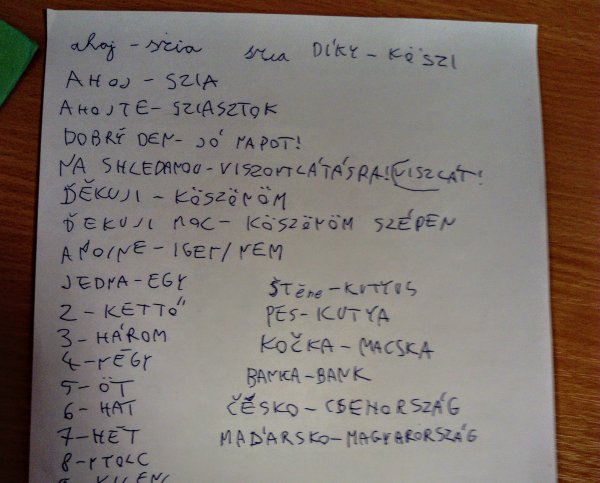 Maybe for people who are the native speakers of a world language it would not have been that big deal, but since I have a close relationship to Hungarian, the whole thing made my very excited so it was a kind of everyday present for me. In general, I have also noticed that I had improved by teaching the kids and they have more intention to ask for me as they did before, so I can be a more useful member of the Don Bosco family right now, which is also something very amazing.

The religious songs that we have been singing and practicing recently, and the discussions and speeches we have for the children (especially related to the novel The Little Prince) can also make me involved and interested, while many times I just realize how much of unexpected power and will sleep inside me which are day by day becoming more and more awake.

Apart from this, two other beautiful experiences happened to me during the last weekend. First of all, two of my friends were visiting me and it is always miraculous for me to host others and show my brand new world and life to them. As I was told, they could also see some differences since I had left my country, even though the key points and positive aspects of my personality remained the same - I was very glad to hear that, because it means that I am on the right path and do everything here as I wanted to manage. 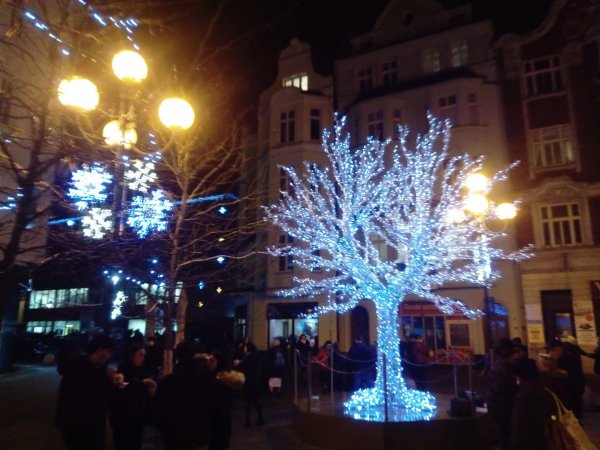 The second thing was the fact that I was asked during the Christmas party we had at our organization, in Trendum to be the one who gave the Secret Santa presents to everyone. It is also something tiny, but being the Ježíšek (so the little Jesus) for the rest of the team also made me feel that I could be an important part of a story.

There have been another remarkable event probably the greatest one: the Christmas celebration at Don Bosco, when we we had a special schedule with thematic programs while we also celebrated the holidays together with the co-workers and everyone I know and have a nice connection with.

During the morning we were preparing the Christmas tree and and the tables, and then we had a lunch together with the employees and the Salesians. This year was special, because the local community of Ostrava celebrated its anniversary, so we watched a movie based on the life of the founder priest and then we played a game about forming living statues to perform some scenes of his path, and of course, giving presents to each other was also an important part of the event. 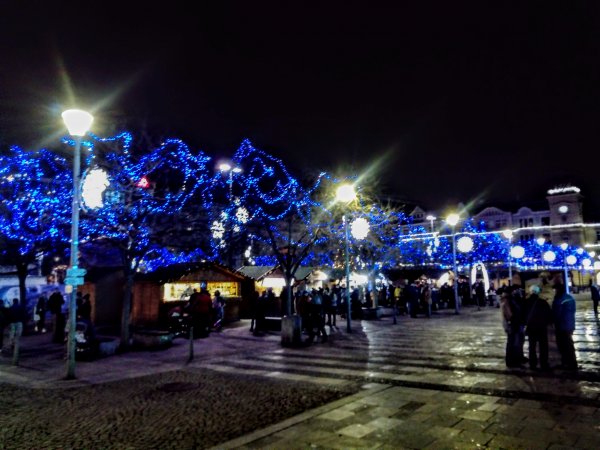 During the afternoon the kids made different groups to fulfil some challanges and stations all around the building as They did in the beginning of the school year, and in the end we gathered to sing together and surprised the children with some amazing dárky, so gifts, that was indeed very informal and homely for me.

The fact that I could also be 'angel' who gave the sign with a bell to change between the activities was another pleasure me, and finally, even though we participated in the last holy mess on a completely voluntary way, I had the opportunity to play a song on the guitar with the other musicians.

Then, after all these wonderful memories I have received, the time will come very soon to say good bye to this incredible city for a while, until the new adventures will go on from the January of 2020...