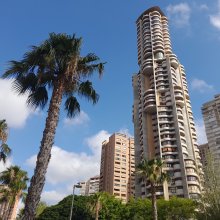 Organizing a trip can always have a great variety of factors: of course, motivation, money and personal plans are all important, but one of the most underestimated aspects is called opportunities. The word itself sounds quite misterious - because what does opportunity really mean?

Well, it can be connected to our current location, mobility, freetime and finances, but also to our connection to other people who already have a wider knowledge about a region.They are the people who might give us some nice recommendations, know some cheap and easy ways to travel or directly help us to realize such dreams. The lesson from my foreign experiences for example is that one should never be shy to ask, because most of the opportunities usually open up by meeting new faces. 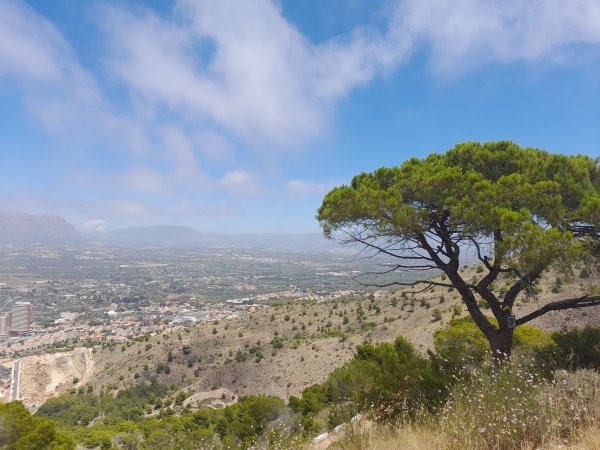 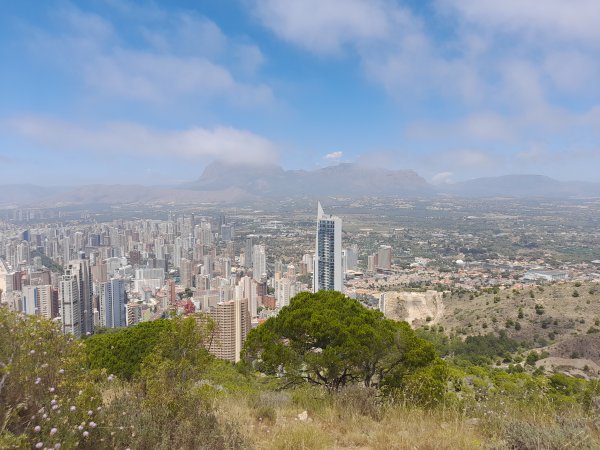 Most probably, I would have never heard about some of the places I will mention for this time, if I had not found people talking about them before. Before coming to Spain, obviously I wanted to visit the biggest cities of the country, like Zaragoza, Málaga, Sevilla, Córdoba or Toledo, but I had to take it into account which destinations were possible for me during my time and which ones were not.

Therefore, apart from some must-sees like Madrid, I rather wanted to focus on the province of Valencia, and explore the nature and the local culture through some towns and villages. I knew that I would not manage to have a profound knowledge of everything, but at least I wanted to have as detailed picture of everything as possible - and I think I managed it quite well in the end. 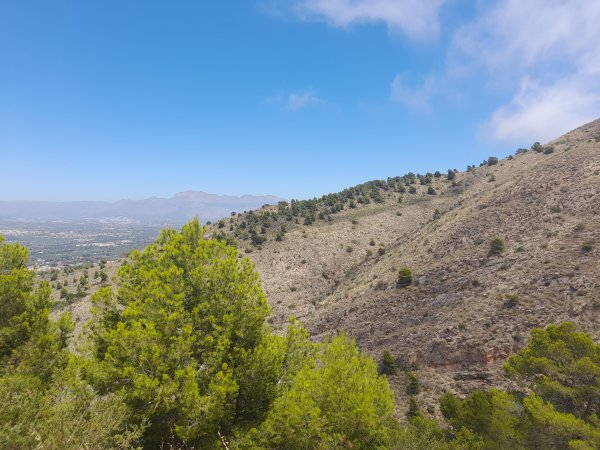 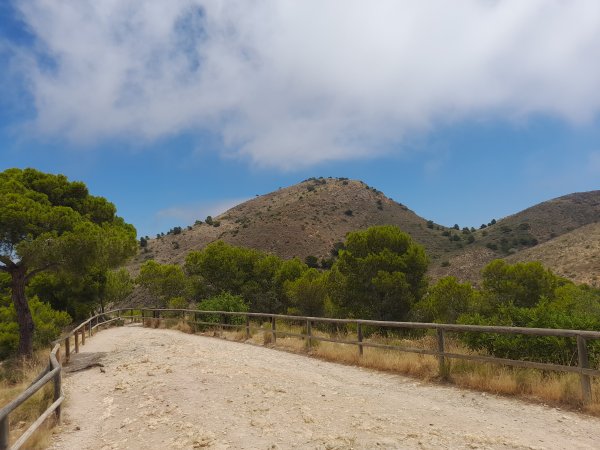 The first destination from these visits was Benidorm, which is one of the most important touristics destinations in Spain, especially for foreigners. By heading down to the south of the Valencian region, I could already see spectecular shapes of mountains and rocks, but I could also notice endless agricultural fields with some haciendas, so traditional farm buildings and holdings from the Spanish countryside.

After leaving in a plain for months it was an utterly different experience to feel the shadows of some hills and forests again, particularly since I could just observe some bluish mountains from the distance when I stayed in Valencia. 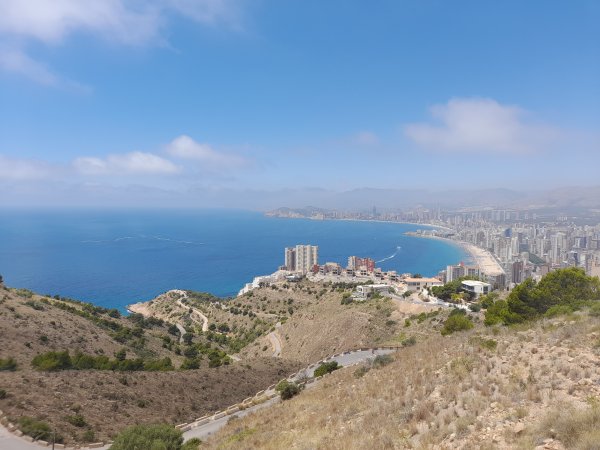 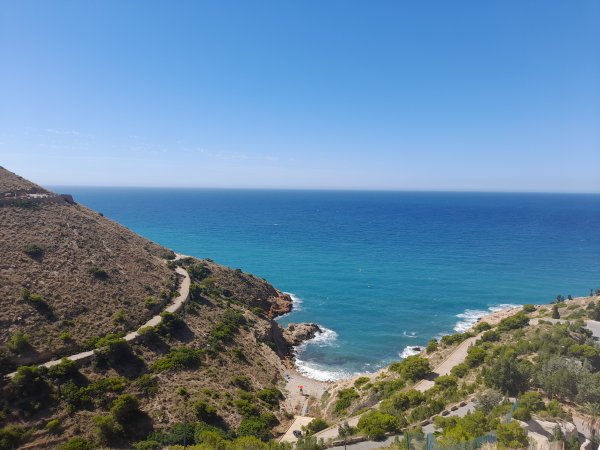 The name of the city was not similar to some quarters of Valencia only coincidentally: namely, the prefix beni, having an Arabic origin, means ‘son of’ or ‘sons of’, and since the Iberian Peninsula was under Arabic rule for centuries, there are many places in the map with such names: Benimaclet, Benicalap, Beniferri and Benimámet are some districts of them in my city, and Benidorm is obviously also the part of this big family.

The city is so popular for parties and holidays (especially among the rich), that although its official population means only a couple of tens of thousands of inhabitants, there are so many tourists for the summer, that believe it or not, this number can multiplicate up to one million people! 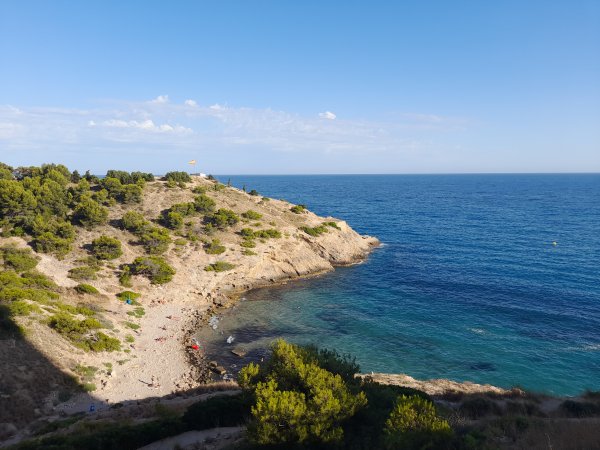 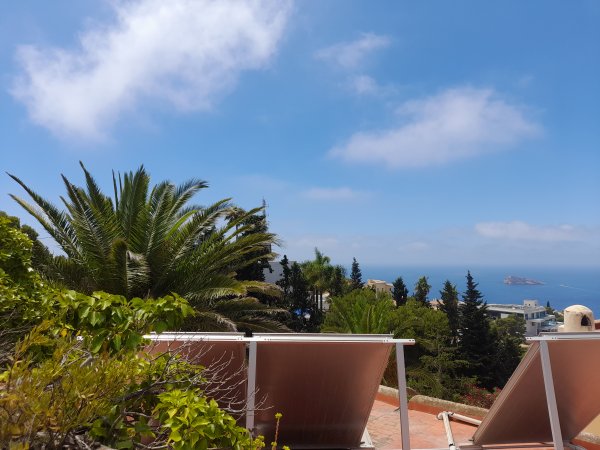 We should admit that Benidorm has run quite a career: it started its history as a small fishing town, and, as more and more companies, investers and foreigners discovered its natural beauty and saw the opportunities in it, one hotel and villa was built after another one, until the city reached its contemporary image, which is full of towers, offices, luxury apartments and crowded streets: a place, that never really sleeps in any parts of the year.

If one has a look at the Bay of Benidorm (Playa de Levante), they can really feel like in Miami, Beverly Hills or the Bahamas due to the sandy beach, the enermous buildings and the hustle and bustle of the seaside boulvard with all of its fancy bars, shops and pubs. 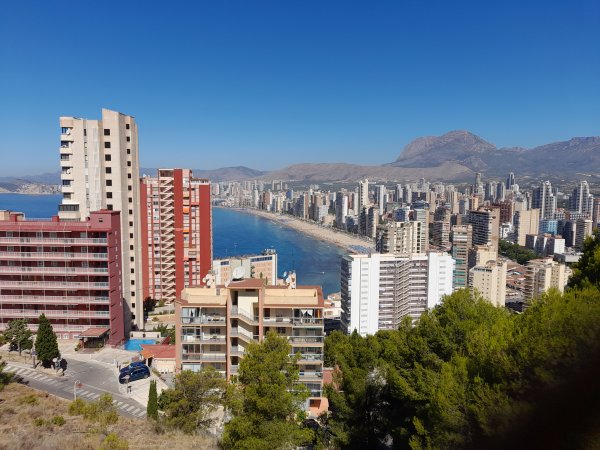 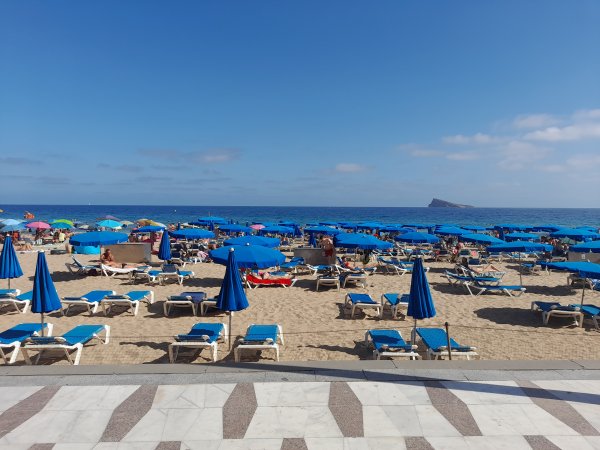 For sure, the centre of Benidorm and its surroundings have many Mediterranean characteristics, but from my personal point of view it is not the best destination if someone wants to explore the authentic roots of the Spanish culture: it is rather an area for vacations with a lot of international vibes, general services and opportunities for entertainment, which can also be a comfortable place for a foreigner to live without any troubles.

Although the cheerful and dynamic life of this sunny city amazed me at the beginning, somehow I also felt that the cost of the popularity and fame of Benidorm was losing something more genuine that this place must have got before its intense touristic boom. 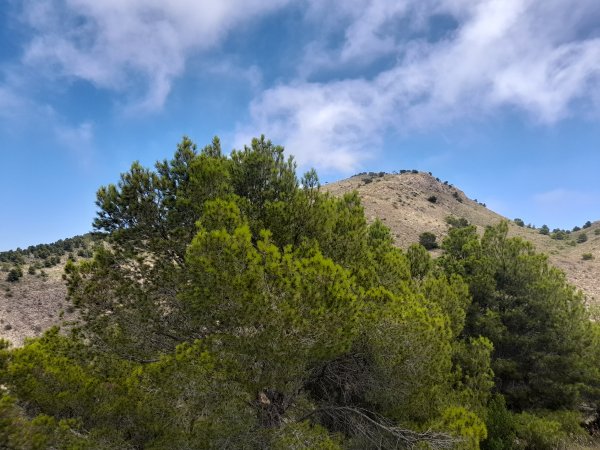 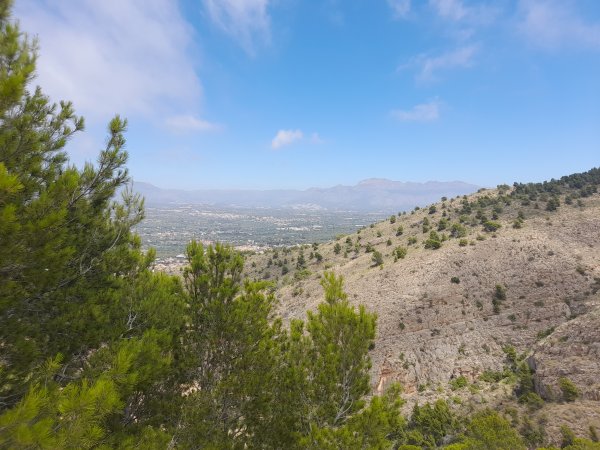 Fortunately, the landscape and the nature all around are mostly intact due to the fact that it is one of the reasons why Benidorm has still got its unique magic, so it is crucial to everyone to protect its miracles.

If I recall the trees, bushes and slopes of these georgeous hills of the city and in general of the Valencian region, they had always reminded me a bit of California and Mexico, so it is no wonder that the Spanish settlers saw something familiar and cozy in those territories of America, and decided for a reason to colonize exactly the ones they conquered: the orginal picture in their minds was most probably the one they had brought with themselves from the 'old world' - from places like Valencia, Alicante or Benidorm. 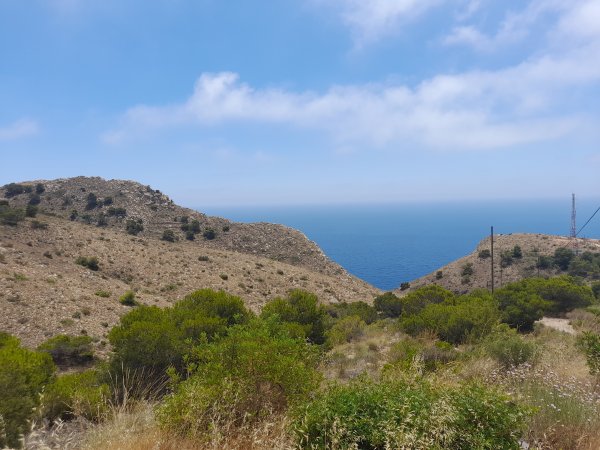 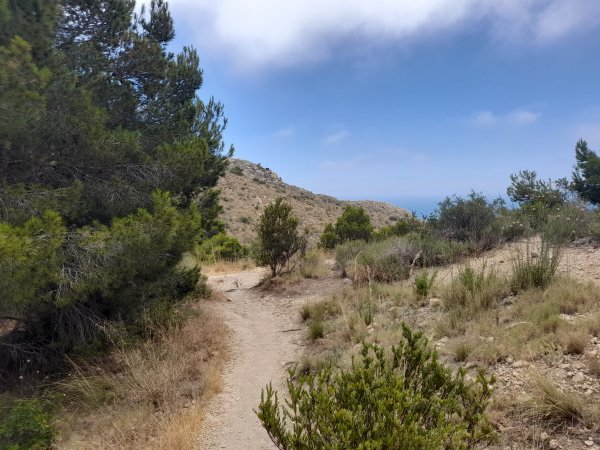 At this point, I have to leave Benidorm for a moment, because I also had the opportunity to get a closer view on some miraculous natural habitats of the Valencian region. Namely, I went for a one-day trip with my bachata class (yes, and I commit similar crimes with salsa and tango as well), and experienced the almost unharmed lands of river Júcar (Xúquer), which runs so fast at some parts of it, that we took some floaters and had a ride down on the river.

I can assure you, that not even the best rollercoaster of the best fun park can give you the same vibes like such a floating journey, especially if you are in love with the nature and want to get amazed during your way. You just need to watch out and navigate yourself carefully - so I highly recommend you to do such trips with a group as I did. 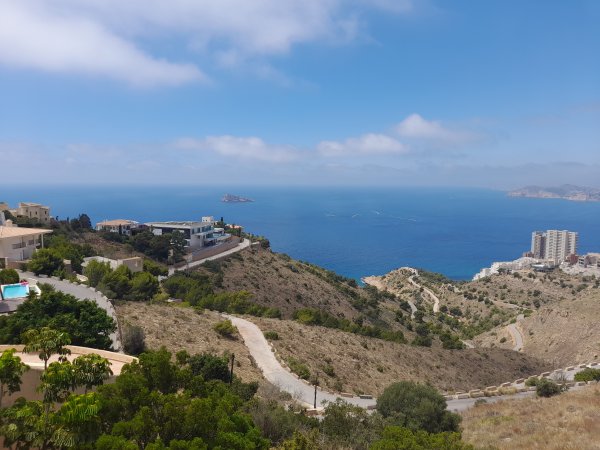 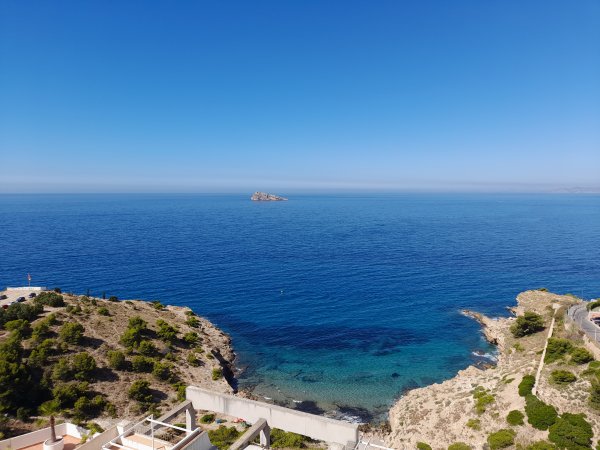 It was also very fascinating to see another face of Spain, where not everyting is about the sea, but plenty of people, who are the dwellers of these continental territories appreciate and visit rivers, caves and lakes as well, becaise they are aware of the fact that such areas are at least as fantastic as any of the beaches.

I still do not know though, if the salty water and the wild waves of the sea make it more difficult to swim or the fast-running flows of a river: the point is, for a child of the slowly-walking, patient, good old Danube (just as I am) they both mean a real challenging exercise! 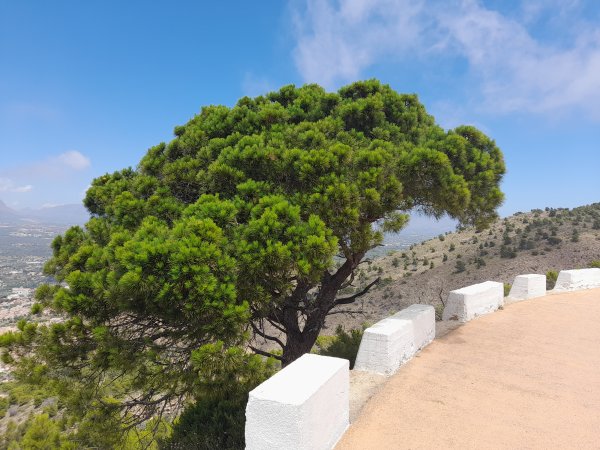 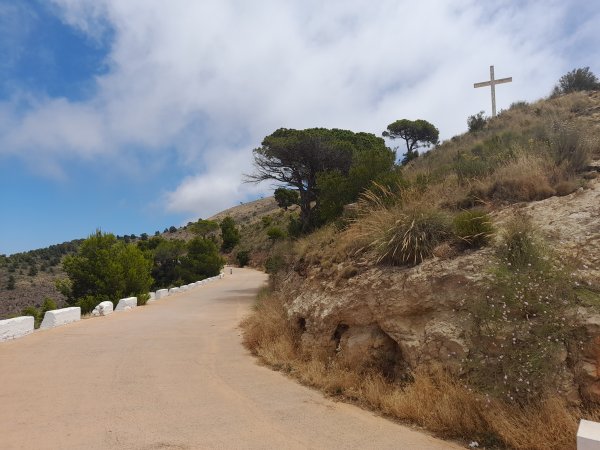 Although it is really worth to visit Benidorm at least once, it must be noted that one cannot really name particular sights that the city is famous for, but rahter the overall impressions and memories are valuable that we may gain there. However, there are two locations that can certainly be counted as sights: one of them is the Benidorm Cross (La Creu de Benidorm) which is an important and easily doable destination for hikers, tourists and pilgrims.

It is not just marvelous due to the view that we can get on the perfectly light-blue sea and bay, but the route itself is also a visual pleasure due to some luxury mansions, the neighboring mountains and their specific Mediterranean vegetations everywhere. 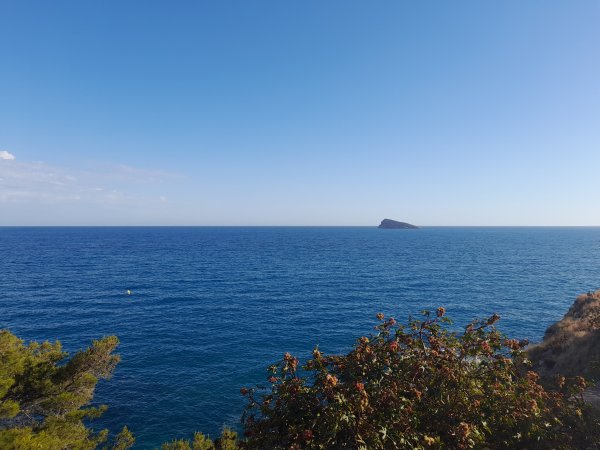 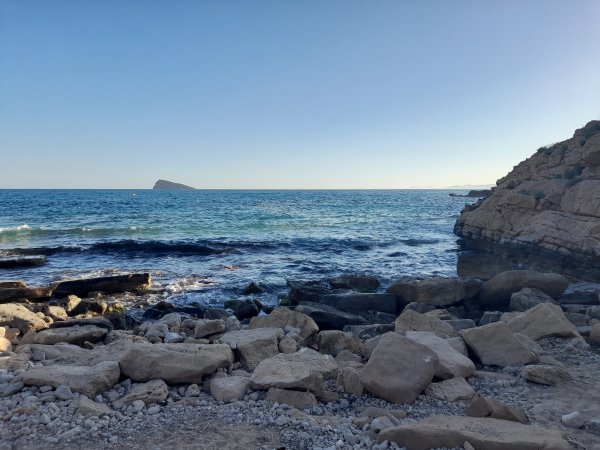 While watching the impressive panorama from the top, we will notice a solid, faraway object with a very unusual angular shape: it is nothing else, but the Benidorm Island (in Valencian: L’Illa de Benidorm), which was formerly called as 'Peacock Island' and which can easily be reached by some small cruise ships for tourists.

Now that we talk about islands, I would like to move on another trip of mine, which is also related to an island: the magnificent and unforgettable Tabarca. This island, which faces the port town of Santa Pola, is located a little bit to the south from Alicante, and it is indeed rich of history and adventures in spite of its tiny size and population. You can go to Tabarca from Santa Pola easily within a half an hour ride by taking a ferry (catamarán) travelling regularly between the island and the mainland. 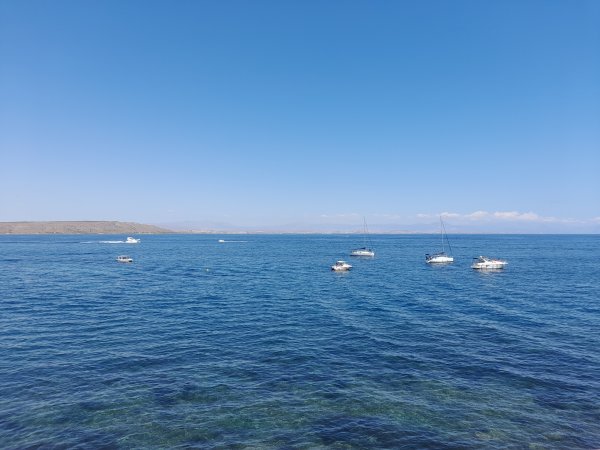 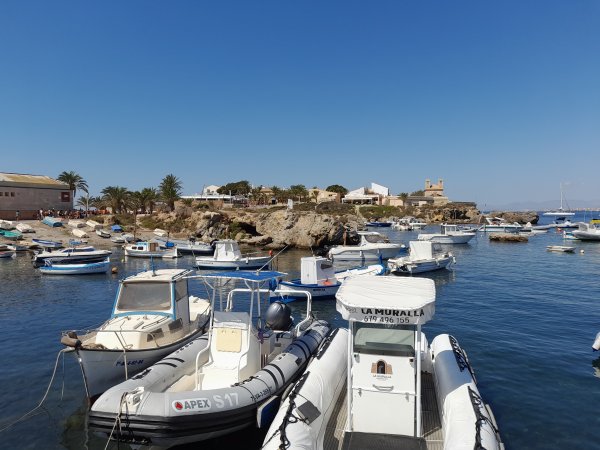 Nowadays the place’s economy is strongly connected to tourism, as all the restaurants, gift shops and bathing tourists make it clear: although Tabarca does not have a huge beach and the shore is full of rocks, there are many coves (calas), meaning small, closed bays surrounded by rocks, where the water is just perfect both for swimming or just enjoying the refreshing waves of the sea and of the sun.

The one and only - let’s say - typical sight of Tabarca is an old military watchtower on the north which is already visible from the port: it served as a sort of fortress for the Spanishy navy to control and overview the whole territory, but nowadays it is regrettably closed from visits. 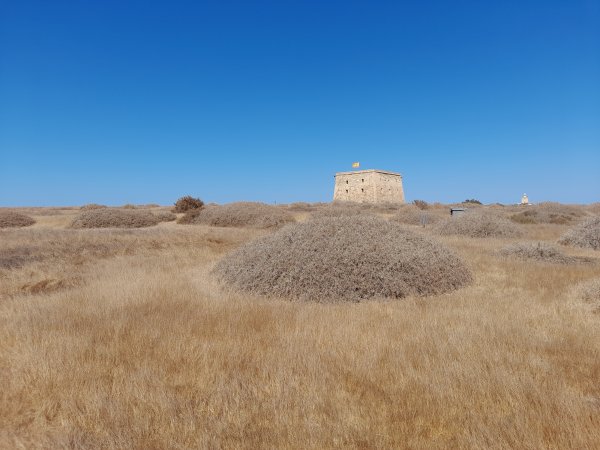 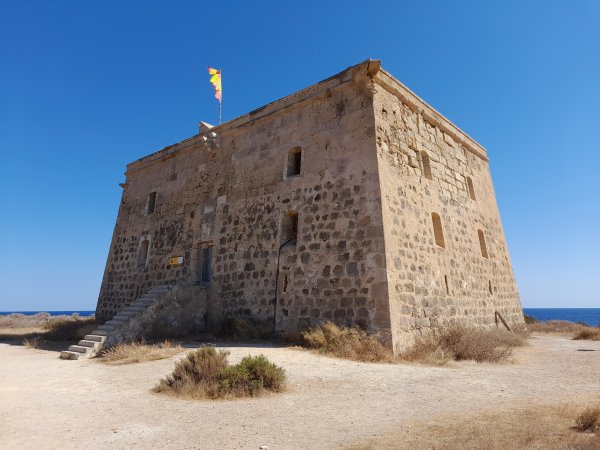 I also realized that the different names of Spanish coasts, as simple as they are, truly make a lot of sense based on the experiences of long centuries. For instance, Costa Blanca (White Coast), thus the area of Benidorm and Alicante are most probably named after the bright sky, the sunshine and the glamourous grains of sand all around; Costa Brava (Rough Coast) on the north though has less places that represent the stereotypical tourists' paradise, while Costa del Sol (Sunny Coast) on the south around Marbella and Málaga obviously must have got plenty of sun.

As a Hungarian coming from the heart of the continent, it was almost impossible to me to imagine that a place can even be warmer and sunnier than Benidorm or Tabarca, so I guess travelling to the always-hot Andalusia or some countries of the Middle-East would be indeed a shocking experience for me… Well, it does not mean that the weather could ever stop me, but I could understand it again that climate is always a challenging factor: no matter if we talk about the cultural climate or the geographical one.