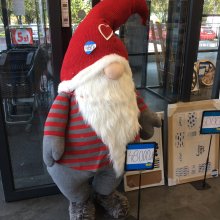 The famous saying mentioned in the title exists in both languages, and even though it was created hundreds of years ago, from time to time it still appears in discussions on the relationship of these two nations, and if there is something, that can shortly describe this special bond, these words can really do it. Polak, Węgier: dwa bratanki, as the Polish version of the verse claims, means that the “Pole and Hungarian are two good friends” if we translate it literally. However, it is really difficult to transfer the spirit of this sentence to a third language, and one has to use it very carefully not to make a cliche of it.

After the vocabulary and  linguistics, let us move on to some practicalities and everyday situations that might happen to us. If we enter a Hungarian shop, we can usually find the prices of the product below, but in Poland sometimes it is more common to see it above the articles, while, in the second case, small stickers on the products with the prices do not occur as often as they do in Hungary.

It also makes a difference that you do not need to have a shopping basket or a plastic bag in a Polish groceries, but you are many times obligated to do it in Hungary and cannot have your own. Maybe it is not a very important observation, but there is a higher chance that you have to measure the vegetables and fruits in Hungary with the scale by yourself, however, in Poland it is the shop assistants’ task, so it should not concern you. 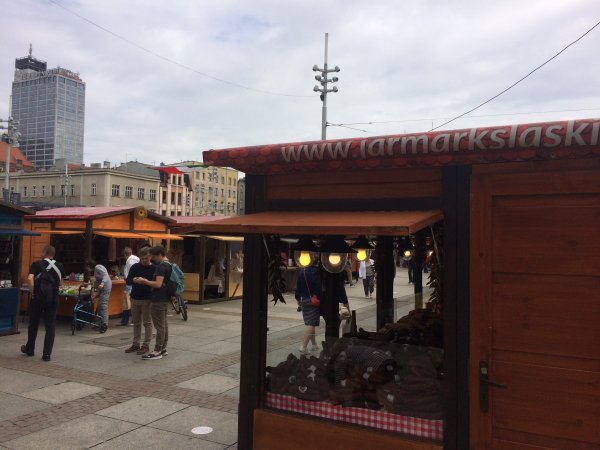 A huge shock can be sometimes the different way to describe the exact same thing: namely, the shops in Poland are open ‘in 24 hours’ as it is in English, but in Hungary you can rather see a board claiming ‘0-24’ for this particular type of shop. If we check some products, we will notice that there is a surprisingly great variety of Hungarian wines in Polish shops, although we do not have a lot of things from Poland which can really be found everywhere.

The bottles are also interesting: even though it is a kind of new trend, it is more visible in Poland that some bottles have a top that you can remove without openers, while Hungarian producers rather insist on the old school techniques. The amounts in the bottle differ as well: Polish bottles might have 0.85 or 1.25 litre inside, but in Hungary the classic 0.33, 0.5 and 1 versions are more widespread. 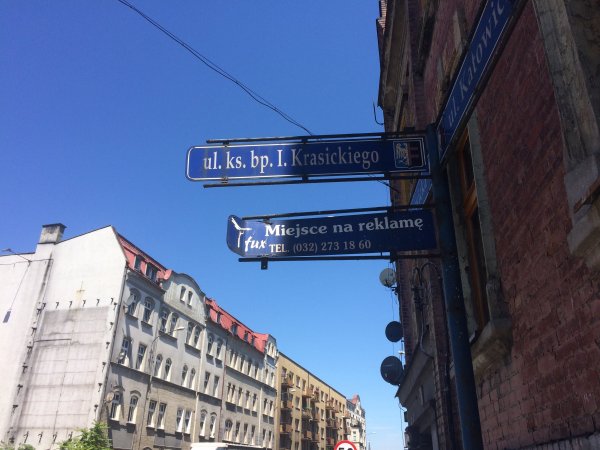 You must be careful in some situations: for example, if you sit in a Hungarian restaurant, sometimes it is quite normal to wave to the waiters to call them, but in Poland it is always better to wait for them with patience - and it is really worth after all, because Polish restaurants usually provide bigger portions than their Hungarian colleagues.

Then, by taking a car, you should be attentive, because Poland has more multiple tracks and tricks on the roads, even in the roundabouts. In the highways you should remember too that you have to purchase special stickers (tickets) for your car to use this service, while Polish highways can be taken by anyone anytime, and you have to pay afterwards at the gates. 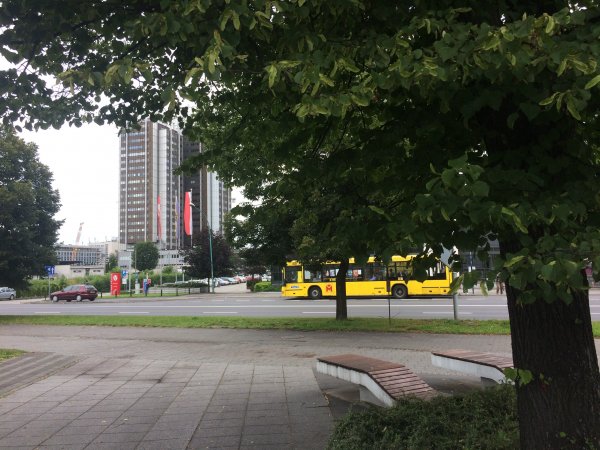 If you rather decide to have a walk on the streets, you will notice that in Poland there are more bike roads and places with containers and bins than in Hungary, since the people there pay more attention for recycling, however the Hungarian drivers are more polite to stop for the crossers and there might be less dangerous traffic situations.

Keep it in mind too, that in general drinking in public places is prohibited, even though Hungarian rules may be more flexible about that, while smoking - which is rather punished in my country - is more accepted in Poland if you are outside.

By approaching a Hungarian home, the post box rather says posta (post), but the Polish one prefers to use listy (letters), even though the word poczta is also frequently used in Poland. If we have got some documents from the authorities, we should remember that unlike Hungarian documents, the Polish ones do not always have a place for the date and signature if they are less official, but on the files the Polish names are also written in the surname-first name, the so-called Eastern order, that we have in Hungary. 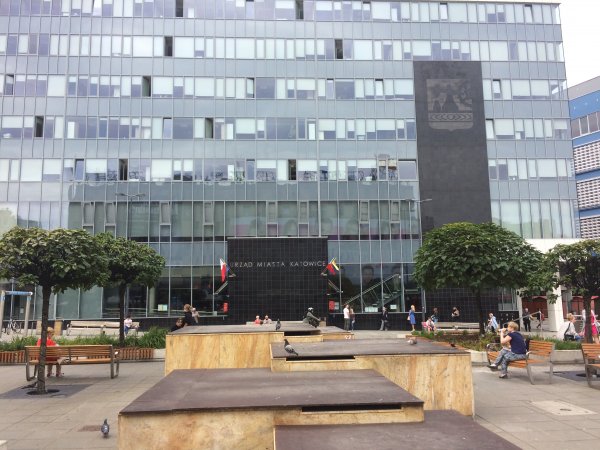 Another thing about orders: although the adjectives usually go first, so before the nouns in both countries, you can notice it in Poland that sometimes if there is an article in a shop or the name of an institute, the order might be switched like in Latin languages, so if you see things like ‘pepper black’ (pieprz czarny) instead of ‘black pepper’ as you would expect, do not be shocked.

Inside the Polish apartments, there is a tradition of having the portrait of a Jewish person in order to bring fortune and prosperity. In Hungary, if someone wants to reach similar goals, there can be good wishes outside on the walls of countryside houses with rovásírás, an ancient alphabet used as a sort of decoration nowadays - or some village people still hang a ‘home blessing’ (házi áldás) on the wall, especially in the kitchen, although this custom is not that strong and representative anymore. 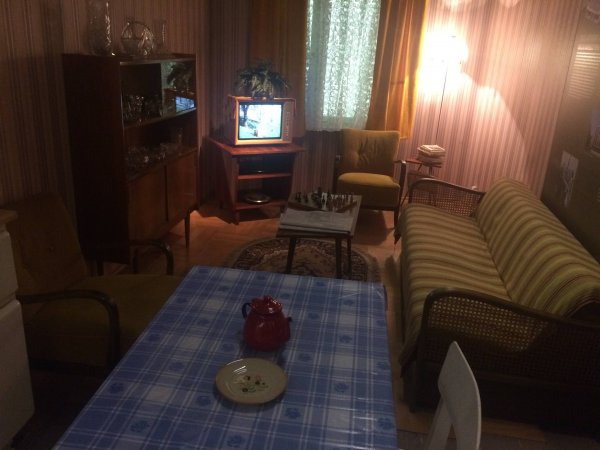 If we turn on the television, one will definitely notice that many advertisements are connected to remedies and medical issues, while Hungarian ads in the traditional TV focus on services, groceries and trailers of upcoming programmes more.

The movies are not the same either: Hungary is very famous and known for its professional and high quality dubbing, while the Polish audience is more comfortable with voice narration apart from cartoons and a few contents supposed to be mainly for youth.

Discussing some family celebrations, it is interesting about the Hungarian Mother’s Day that it is not fixed, but always celebrated on the first Sunday of May. In Poland it is the same date every year with all the other occasions there, like Father's Day, Grandmother’s Day, or even Grandfather’s Day, that are not very familiar or celebrated in Hungary.

The reason might be the fact that the Poles are considered to be more religious - that is why, if a couple goes to a church in Poland, holding hands might look like an unnice and disrespectful act, maybe more than for Hungarians. 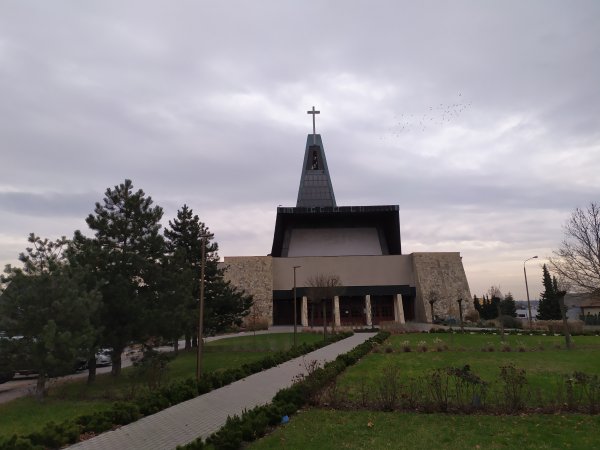 Birthdays are quite similar in their decorations and vibes, but we either sing the Hungarian version of the international happy birthday song (Boldog szülinapot...) or another famous one, originally for kids, but with the same title. Polish birthdays have something else: the guests usually wish a hundred years (Sto lat, sto lat...) in their popular melody.

The Day of the Dead is a recognized holiday in both countries, although the cemeteries are a bit different: for example in Poland there is a simple way to refer to the family’s name in plural, while on the Hungarian graves we can notice a very interesting phenomena. 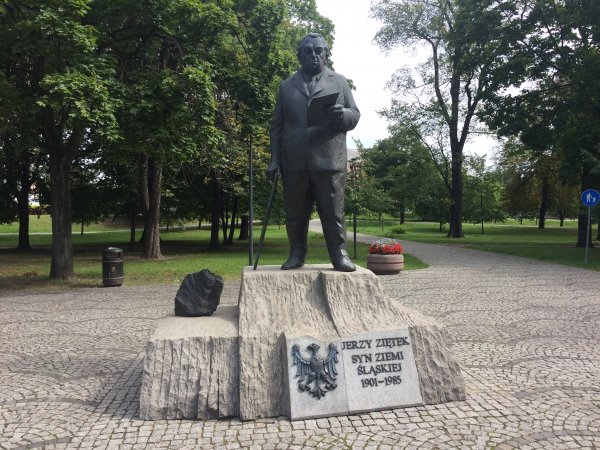 Namely that the wifes sometimes take (or at least used to take) the whole name of their husbands by adding a special female syllable to the end, -né (e.g. Kovács Sándorné - 'the wife of Sándor Kovács') that shows that they are the partners of them - well, in Poland, married women might adopt, but only the surname of their men.

Besides that, widows and widowers in Hungary sometimes already have their names and dates of birth engraved in the stone, if they are certain about the future place, but it is not really a general thing in Poland. Last, but not least, you should definitely not forget the Name Day of any of your Polish and Hungarian friends, if you want to be nice. 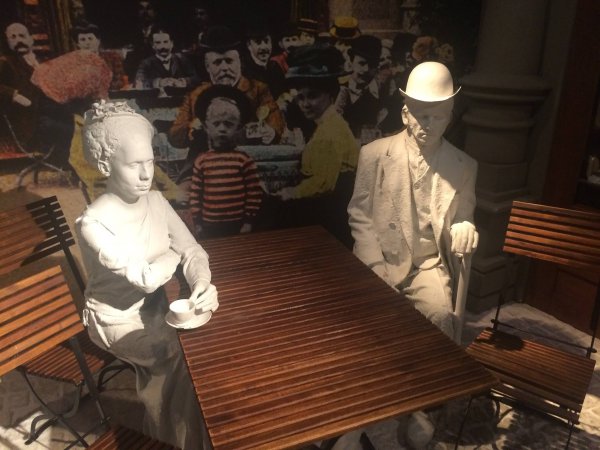 About addressing people, we can say in general that expressing ourselves on the formal way is similar in Polish and Hungarian in terms of grammar (we both use mainly the third person), but in Hungary words like ‘sir’ or ‘madam’ are not as commonly added to the names as the Polish equivalents, pan (mister) and pani (mistress) and even if there is a formal and official way to express formality, we rather call people on their surnames than the first ones for that - unlike in Poland, where it is quite the opposite, where the first name is the primary way.

The level of trust and respect towards the close environment and the locals is more like a Polish characteristic though: if you live in Poland, you can leave your stuff outside in a public place and no one will steal or destroy it, especially not your neighbours. 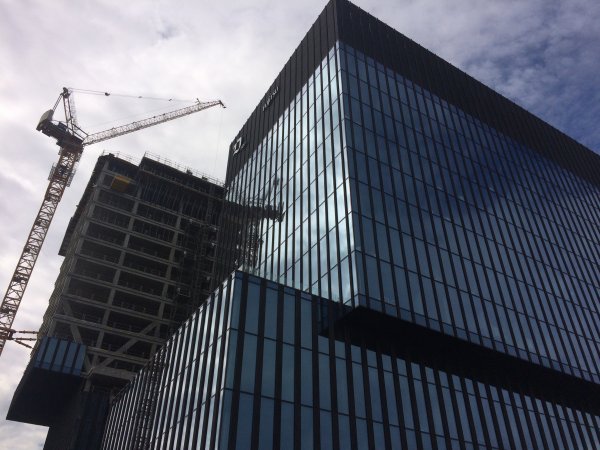 Another observation was very remarkable for me as a Hungarian about Poland: the fact that there are thousands of small businesses and enterprises and more people tend to start their own career instead of being an employee. That is why there are dozens of national companies in the country from grocery stores to fast food restaurants, and to rental services to delivery and driving companies.

If you need to buy something or open a bank account, there is a good chance that you can arrange everything or almost everything online, and having digital wallets and applications for a lot of things is very useful, comfortable and practical - they are not that frequent in Hungary yet, but let's hope that such developments in the followings will also create new ties and bring the two countries closer to each other.