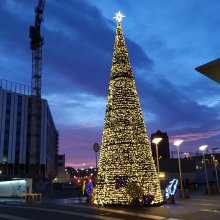 After having spent more than four months in Poland as a Hungarian student, I had quite a lot of opportunities to start comparing the local culture to my original one. Unfortunately, the lockdown and the Covid-19 pandemic made it more difficult to travel and explore as much as I wanted in material terms, however, in return, I had a chance to experience some other discoveries: the Polish mentality, philosophy and mind.

Of course one has to live for really a long time abroad to understand all the possible aspects of another culture, and many people argue that it is impossible to feel and adopt a foreign way of thinking (including the language) completely, but we can get very close to that point. The fact that Poles and Hungarians, due to their history and location, share a lot in their traditions and habits (seriously, much more than I had ever thought) indeed helped me to go deep down inside the roots of my host country’s culture and find some ties in common.

Last year most probably Christmas had become more important and long-waited all around the world than ever, because we could finally see the light and feel some warmth in our lives to cope with the quarantine and the isolation somehow. At the same time, the holidays are remarkable manifestations of the national spirit and the human thinking, especially the international ones, that can really show us the similarities and the differences, while they also symbolize the characteristics and the unique taste of the community that created it. 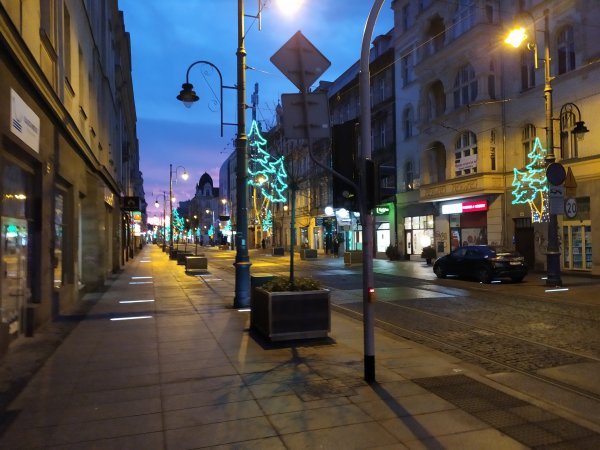 Although Christmas is obviously the most important family celebration in both of these Christian countries, the definition of family is quite different. Christmas in Hungary rather refers to the gathering of the closest members, the so-called nuclear family, optionally including the grandparents. However, in Poland, which is one of the most religious countries in Europe with its vast majority of Catholics, it is more common that the wider family and further relatives meet, not just on the days following Christmas Eve, but also on the 24th of December itself.

If we have a quick look at the communicational point of view, the way of expressing wishes and describing the holidays are not the same either. The Polish language uses the phrase Boże Narodzenie (birth of God) or Święta (holidays), but actually there is no one specific world which is completely equivalent with saying ‘Christmas’ in other tongues, while Hungarian has its own expression, karácsony delivered from Southern Slavic languages, originally connected to winter solstice.

It is also a difference that Polish has the adjective wesoły literally meaning merry, but Hungarians prefer to wish a happy (boldog) Christmas. It is a further interesting fact about Hungary, that during the decades of the socialist era Christmas was kind of replaced and called on a different way, namely as fenyőünnep (celebration of the pine tree) due to ideological and political reasons. 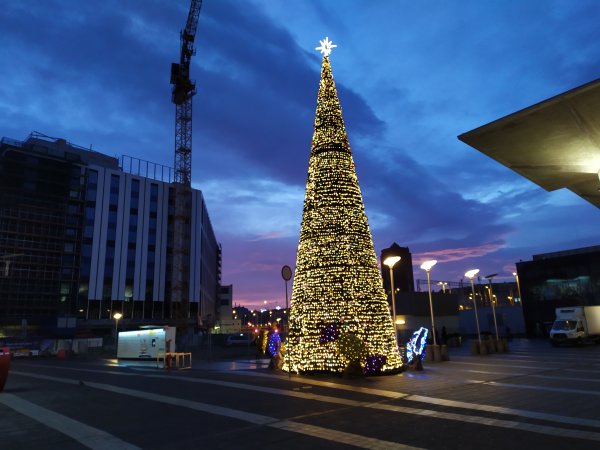 If you experience how it is to be hosted by a Polish family, or, what is more, you become a member of it, it is surely something unforgettable. Such situation, that I had the opportunity and the honor to see, highlighted to me some key aspects of being a guest in Hungary and Poland. The differences are obvious from the beginning: when you enter or leave, you might receive two kisses to your two cheeks in Hungary; well, in Poland sometimes it happens that you get a third one, so do not be surprised if it comes to that.

Our hospitality is famous all around the region for its kindness and helpfulness, but somehow the guest is treated many times as a very respectable, but special and different person. The Poles, in return, really want you to feel comfortable and a part of their lives, once if you break through the ice and get a close relationship to them. You will not be considered as a stranger, but someone totally equal, even though the generosity, politeness and directness are important elements of expressing love and goodwill as well. 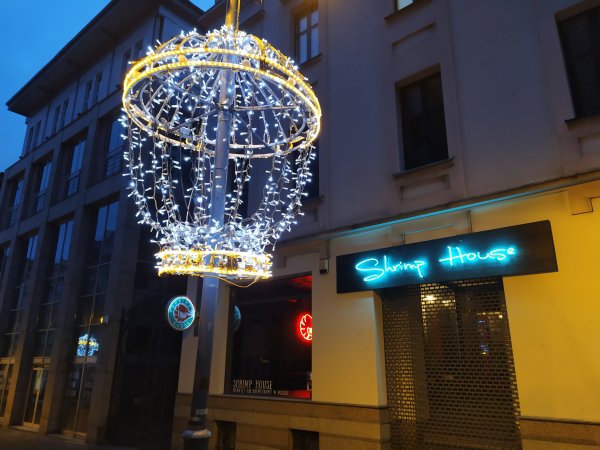 Both of our nations follow the same tradition, therefore, unlike some Western countries, everyone receives the presents on Christmas Eve, not on the morning of the 25th. However, Hungarian children write their letters and wait for the Christkind, so the little Jesus (Jézuska) to bring some surprises, while Jezusek, or dzieciątko (little child) is not so common in Poland, except some areas of Silesia, most probably due to the Czech influence, who also created the myth of Ježíšek.

Polish kids, unlike in my country, mostly get their gifts mainly from Święty Mikołaj, so Saint Nicholas, who is sort of equivalent with the western Santa. He is also known as Mikulás in Hungary (and in Czechia as well), but he visits the children (usually with the company of a krampusz, so a devil) on the 6th of December instead of Christmas, which is also a religious celebration in Poland, depending on the family. However, it is interesting that there is a huge debate among the Poles about that who brings the presents in the different regions: somewhere it is the Aniołek (little angel), the Gwiazdka (little star), the Gwiazdor (starman) or Dziadek Mróz (Grandfather Frost) 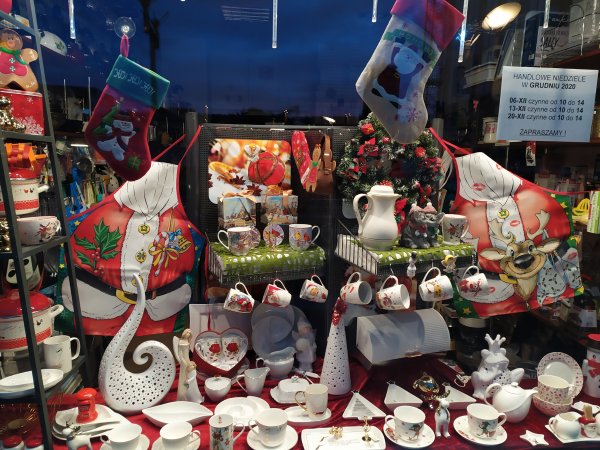 The decoration is nearly the same, since we both set a Christmas tree in our homes, but the Polish version (choinka) seems smoother in general by being dressed with lights, Christmas balls, stars, maybe garlands as well occasionally. Karácsonyfa, so the Hungarian tree though, whether it is big or small, additionally consists of a lot of other pieces more often than in Poland, and it is usually overdecorated with a lot of small figures representing objects and creatures connected to the holiday season, like angels, deers, snowflakes, snowmen, cookies, ginger bread men and so on.

However, the most visible difference is the fact that Hungarians have a special type of candy in various flavours called szaloncukor, which is not just a popular sweets to eat, but they are hung on the branches of the tree as decoration, although Poles have similar sweets in some families too. It also makes a difference that preparing the Christmas tree is the duty of the family in Hungary a couple of days before Christmas, but in Poland it is possible that choinka stays among the family members for the entire December, until the Epiphany. 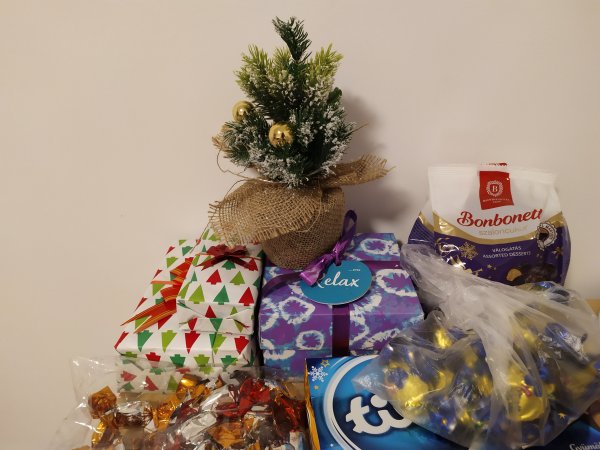 While Hungarian families prefer to focus more on the decoration of the tree, the music and creating the environment and some Christmas vibes, the Polish homes, particularly the kitchens are usually full of hustle and bustle due to other reasons: the food. The Christmas supper is consumed in both countries on the 24th, but in Hungary it is humble and simple, and besides the Fisherman's Soup (halászlé), traditionally cooked of carp and prepared spicy with paprika, we only have some kind of poultry, like chicken, duck or turkey, and Christmas cookies with poppyseed, nuts, chocolate or jam, such as bejgli and zserbó.

Even though Polish people also take a cooked carp for this occasion, their Christmas supper is very unique due to the fact that there are usually twelve different types of meals. More possible explanations exist for that: one of them connects this number to the months of the year, while according to others the reason is that there were twelve apostles beside Jesus. 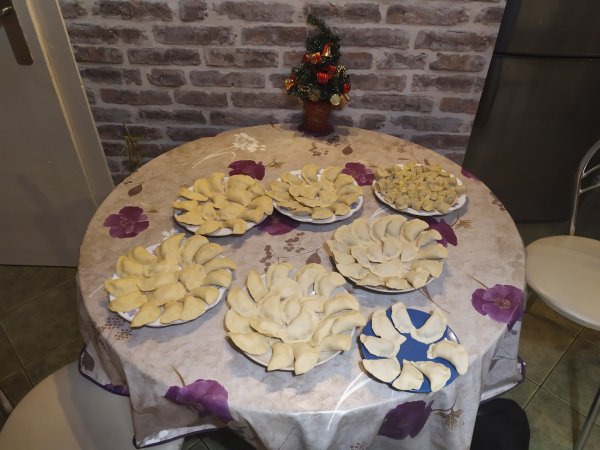 If we have a closer look at the Polish dinner table, we will notice that there is an additional plate set on it, which is empty: its role is to remind us to those who cannot eat enough, do not have a safe place to live or have to spend the holidays alone. Further meals may include in general other types of fish like herrings, but unlike the Hungarian supper, this one does not include other kinds of meat, only various sauces, vegetables, and a traditional beetroot soup called barszcz, that includes small dumpling pieces filled with mushroom to replace the noodles: they are the uszka, that are named after their ear-like shape.

There is a more famous dish on the table though, similar to uszka: the popular and notorious pierogi, which are traditionally stuffed with cabbage and mushroom, or with potato, cottage cheese and pepper called pierogi ruskie (the Russian way). 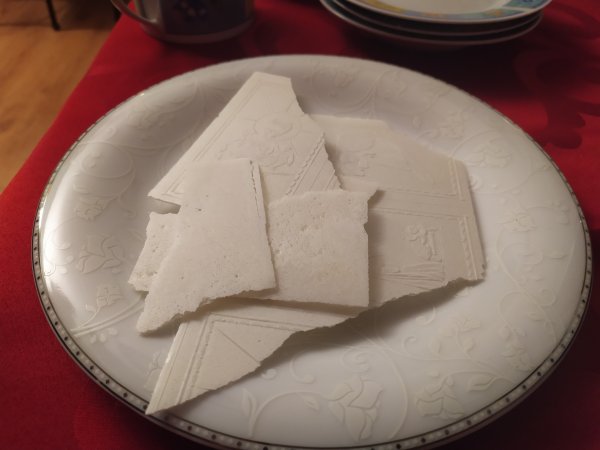 Due to the role of the religion at Christmas, singing carols together is also important, while many Polish families preserve another custom: before eating the supper or opening presents, there is a huge wafer representing the body of Christ (just like in the holy mass) and some separated parts of it are given to each family member. Then everyone goes to all the others in order to exchange small pieces of their shares and tell nice wishes to each other regarding the future.

The religious component in Hungary is rather common during the Advent period, when many children and even adults wander from one home to another one to visit others or perform on a stage in front of the public to play a scene of the birth of Jesus, which activity is called betlehemezés after the city where the savior was born. 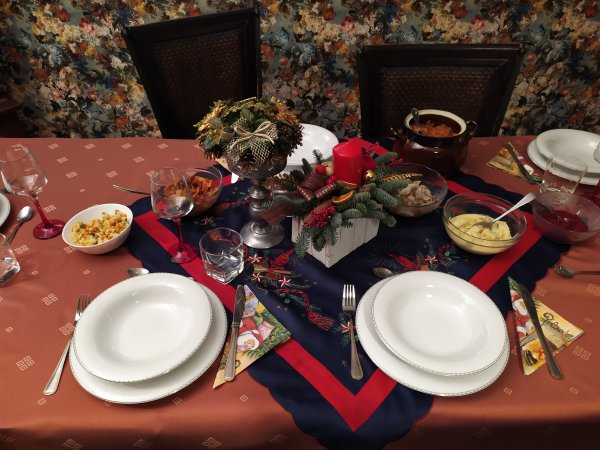 Last, but not least, the New Year’s Eve also has some special characteristics, even though it has rather become a global and international celebration and does not have such strong traditions as Christmas does. Things like the champagne, glue wine or fireworks are obviously present in both countries, but some Hungarians still do follow some superstitions like not eating poultry on New Year’s Day, preparing lentils, pork or some sausages in order to receive luck and prosperity, while right after midnight it is also a custom by some families to listen to the national anthem of Hungary.

The Poles usually sit together for a huge lunch on the last day of December, which day is called Sylwester in Polish and Szilveszter in Hungarian after the male name we celebrate on the 31st. This meal in Poland serves as some sort of evaluation: the members of the family try to look back what were the good things of the old year, while in Hungary there used to be folk traditions like young girls trying to predict love and marriage issues by casting lead.

Besides, Epiphany is also a holiday that connects the regional cultures like Polish, Czech and Hungarian, because it was popular in the past, especially in the countryside to write the initial letters of the Three Kings (háromkirályok, Trzej Królowie) above the front doors and send good wishes to each other.