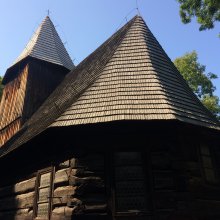 Besides the world-famous sights of Poland that almost everyone knows, the country has a rich and marvelous history and culture, which means that there is far more to see under the surface. Silesia is a special historical region lying and devided between Czechia and Poland with its unique identity and characteristics, as well as it has its own language, the Silesian, that is based on the Polish grammer, but is strongly influenced by German and Czech vocabulary too.

Today there are four main territories sharing the cultural heritage of the area: Moravia-Silesia with its capital Ostrava, that I have already presented before, and three voivodeships (województwo) in Poland that I am starting to summarize below. 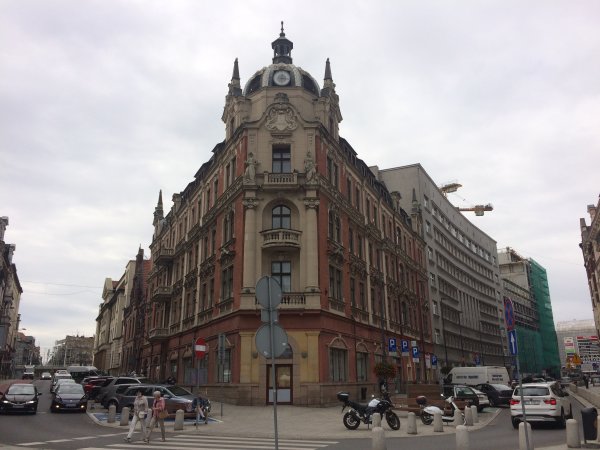 The region that might have the strongest Silesian identity is surely Upper Silesia (Górny Śląsk) that has a long historical tradition of industry and mining, although nowerdays its shape is changing a lot, which is clearly visible on the fast-developing capital of the voivodeship, Katowice. Since the city used to be a centre of mining and transportation, especially in the 19th ans 20th century, maybe it does not have such a long story as other Polish cities. 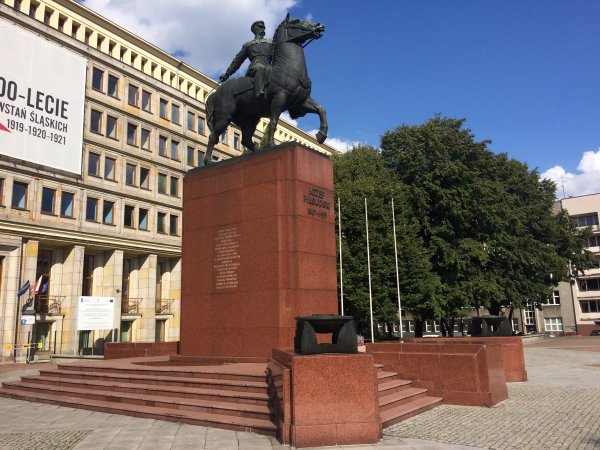 However, Katowice catches up the rest pretty well: today we can find many offices, cultural centres, flats, public areas and shopping malls, while many of them even have the word 'Silesia' in their names in order to express the important ties towards the region. 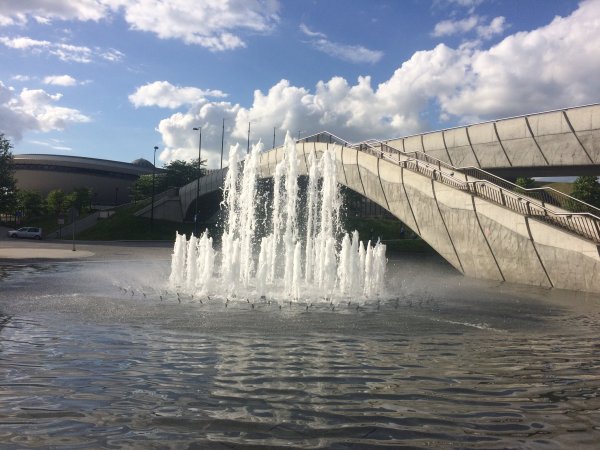 In spite of the industrial past, the city has its beating green hearts, and they work not only as places to refresh and relax, but they also host some other attractions of Katowice. The Silesian Park (Park Śląski) for instance is the home of a gorgeous rose garden (Rosarium) as well as of the Planetarium, the zoo and the fun park (Legendia), while there are a lot of monuments and statues all around the place to admire. 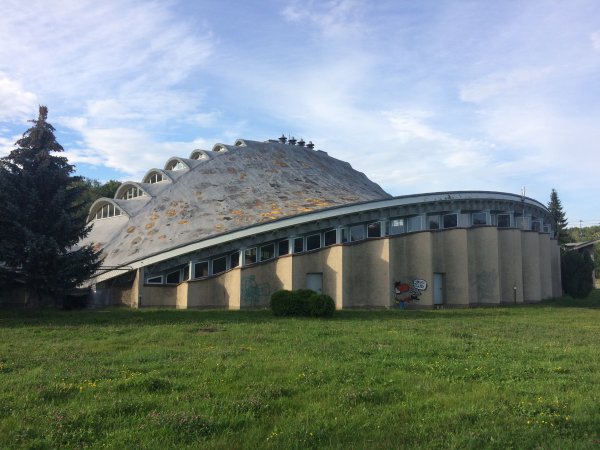 We can decide to have a walk by the lakes and channels, ride the bike in the mysterious Slavic forests, but it is also possible to try the chairlift and have a look at the whole area from above including the Stadium and many other wonders of the park. The nearby city of Chorzów also gives you the opportunity to check the Ethnographic Museum of Silesia, but apart from that, the centre with the boulvard and the architecture are worth to visit as well. 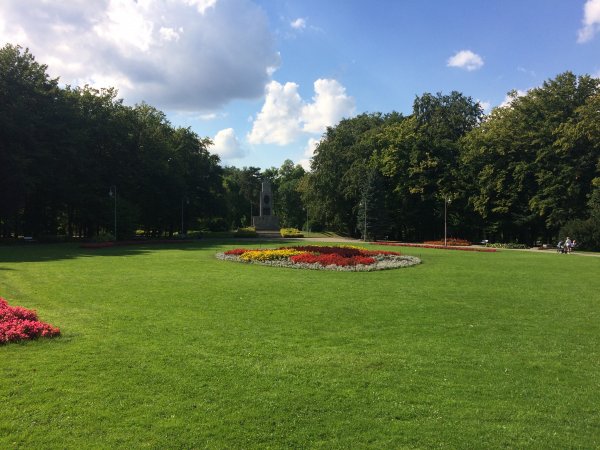 Another interesting try can be the Kościuszko Park in the other end of Katowice, but wherever we go, the pure and authentic entity of the nature, the animals and leaves moving and vibrating all around us will definitely give the illusion of being in the middle of an ancient and intact world. 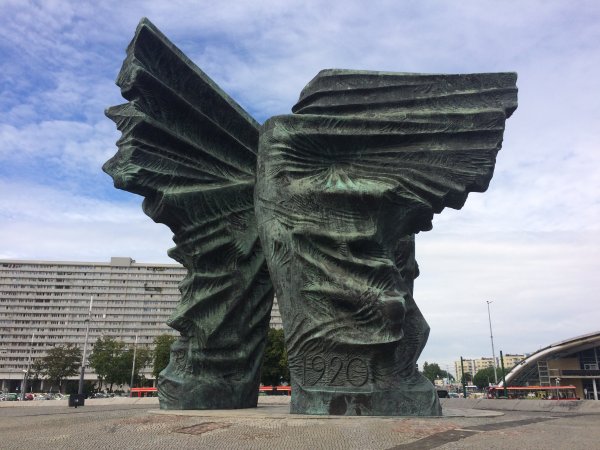 If we move ahead into the city centre, we will notice one fact for sure: there are many constructions and blocks everywhere that shows again the dynamic development of the place: it is enough to think about the Conference Hall or the Spodek, which is a multifunctional arena with a name that refers to its UFO-designed style. Close to these buildings we fill also find a huge square with a remarkable sculpture on the top: this is the Silesian Insurgents' Monument. 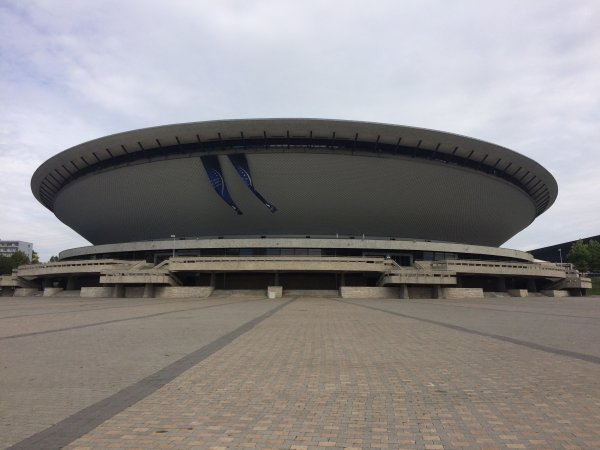 The main square (Rynek) usually has a lot of bustling life and social space in any period of the day or night, and, as it should be, from time to time there is a market in the middle as an additional ingredient to the modernist and eclectic architecture of the streets. 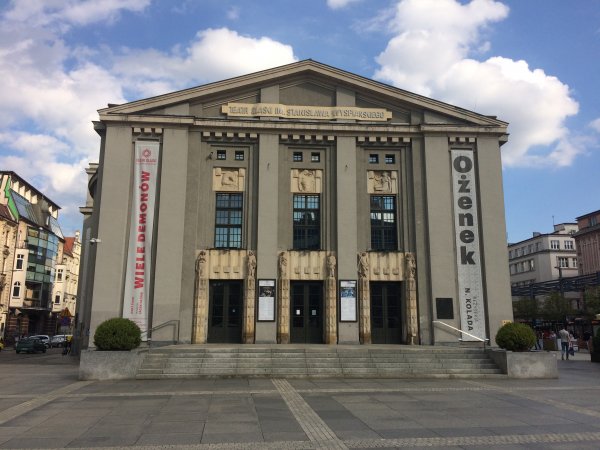 The beautiful and classical-looking Silesian Theatre is located on this square as well, and if we start walking in the area, we will meet the vivid and sometimes crowded boulvard of Mariacka, which is full of bars, restaurants and street food shops, so this is certainly the best zone to try something, no matter if we need something more local or international. There are both a Catholic and an Evangelical church in this part of the city, but we can also have a trip a bit further and see the cathedral which is dedicated to the King Jesus Christ. 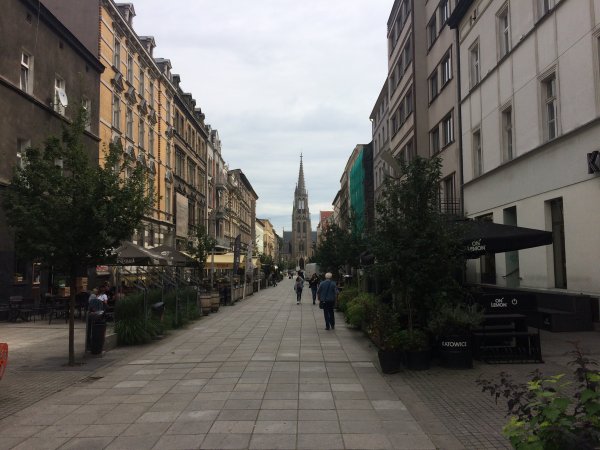 If we have more time, it could be a smart choice to enter the Silesian Museum that has a wide variety of collections in terms of paintings, cinematic accessories or records and objects of use from the last centuries to describe the life and world of the people in the region. In the end of this journey we can go up to an observation tower just next to the museum to have a wonderful view on the everydays of this modern and glamorous city. 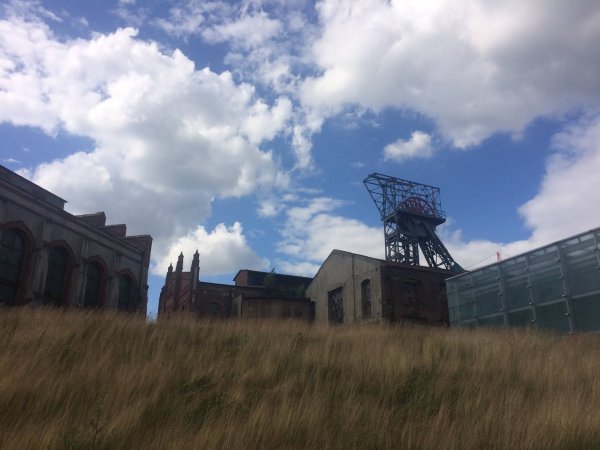 Let's go forward to our second region called Opolski that gained its name after the capital, Opole, which lies by the river Oder (Odra) and which, besides Poland, has a long history with Prussia and Germany too. Since we have just mentioned towers, it is important to talk about the one in this city, because the Piast Tower (Wieża Piastowska) named after the first royal dinasty of the country is one of the oldest buildings all around Poland. 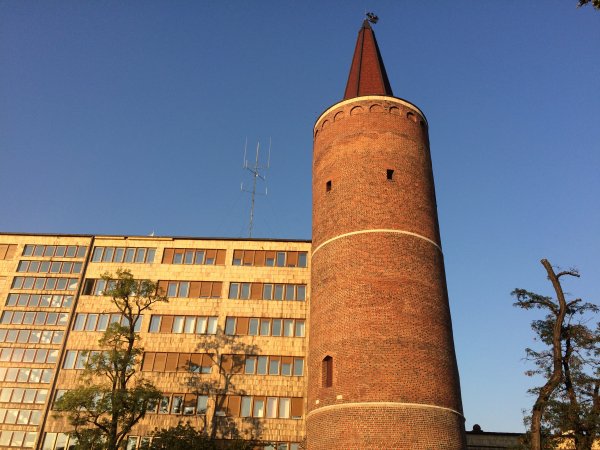 Due to its location, Opole has a bunch of bridges, which indeed have their special vibes, as well as the channels giving the visitor the impression of some secret and hidden lagoons - so there is no wonder that this part of the city is called as Opolska Wenecja (Opolian Venice). 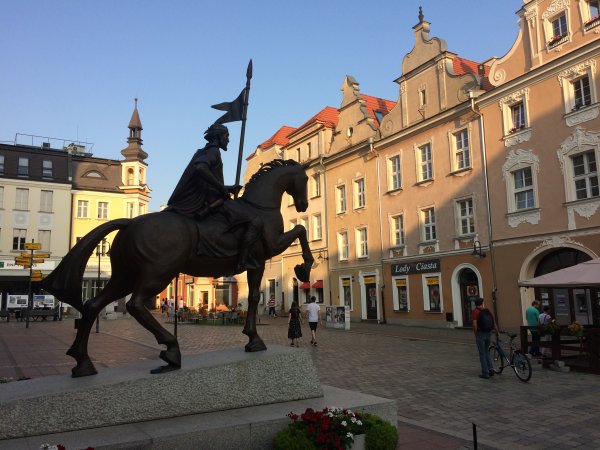 The lights and the waves in the evening can really create the illusion that we are on the famous Italian islands, but if we walk a bit further, we will be able to see the real face of Opole that makes that different. The Town Hall (Urząd Miasta) was also inspired by the Renaissance architecture of Italy, but somehow the traveler can also notice that it is customized according to the special taste of the locals. 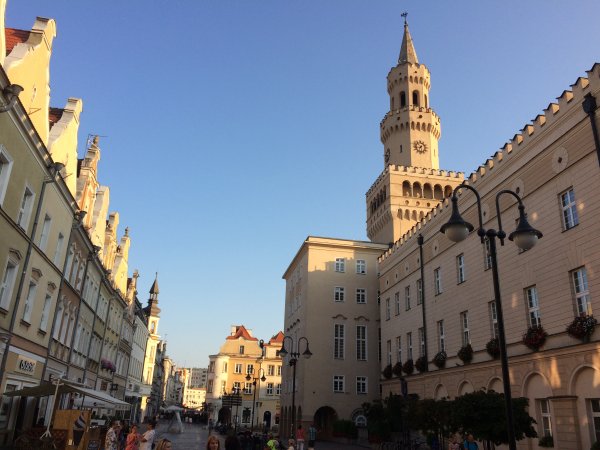 The centre around the building with its cobblestone streets really makes us feel in the middle of the medieval times, while there are a lot of places from thematic restaurants to underground bars for having a break. It can also be very attractive for some tourists that this area of Opole is indeed full of Catholic churches with a huge diversity of design. 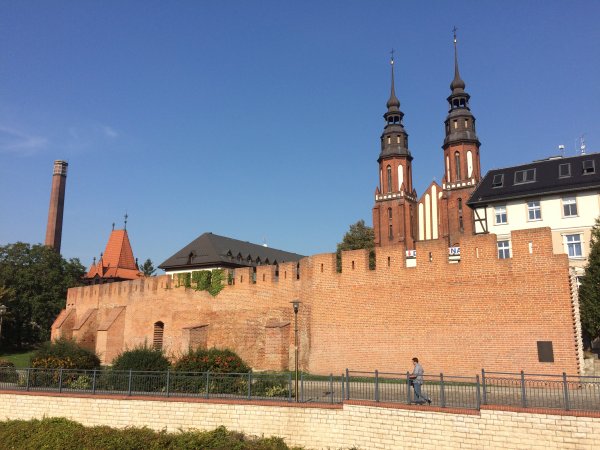 If we feel that we have spent enough time in the city, the nature also provides some miracles and beauties to us. The riverside of Oder and the nearby landscape is pretty amazing and essential, so if you are curious about the true aspect of the Polish countryside, you will get it for sure, and the best thing is that you do not even have to travel a lot to find yourself in the core of this atmosphere. 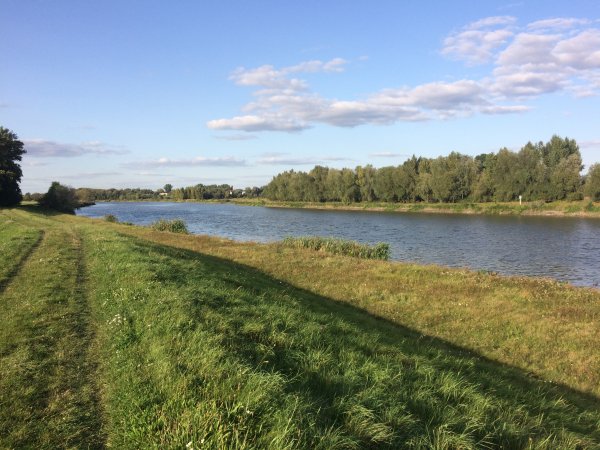 The city park in the outskirts is also a good opportunity both by feet or bycicle in order to get lost in the peace and silence of the trees, while we can also find two important museums in the area - one of them is the Museum of Music, that was founded due to the fact that Opole has the most famous Music Festival of the country. 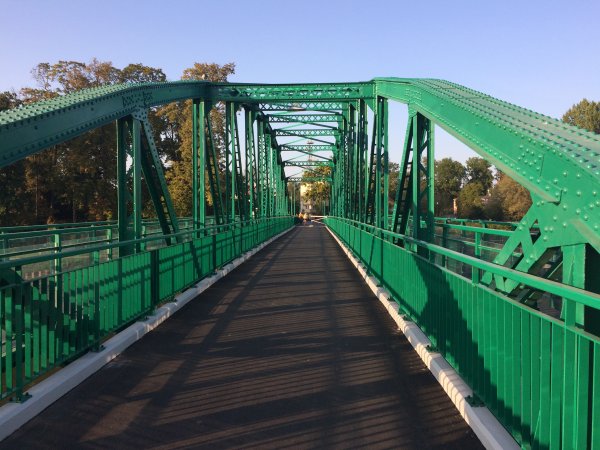 The other one is the Village Museum or Skanzen (as the locals usually refer to it), which is an outdoor collection of mostly wooden houses and other rural buildings of the region in order to show the etnographic culture and characteristics of the people living in the voivodeship many years before. 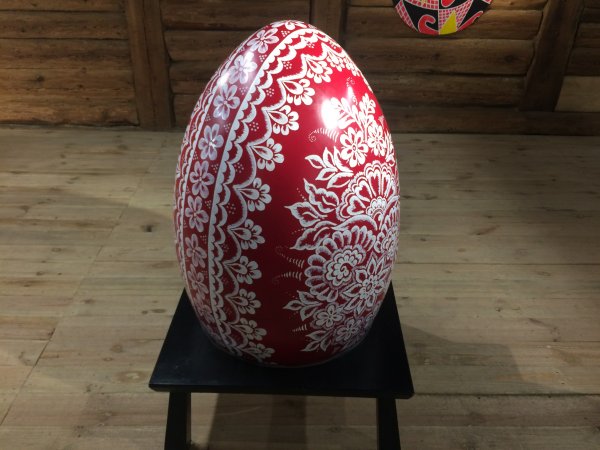 Besides houses we can have a deeper perspective on the folklore art (especially the traditional Eastern Eggs and clothes are remarkable) and we will see wind mills, shops, pubs, primary schools, agricultural buldings such as barns, while the real crown among these original constructions - tranported from different parts of the area - is a church built in the 17th century. 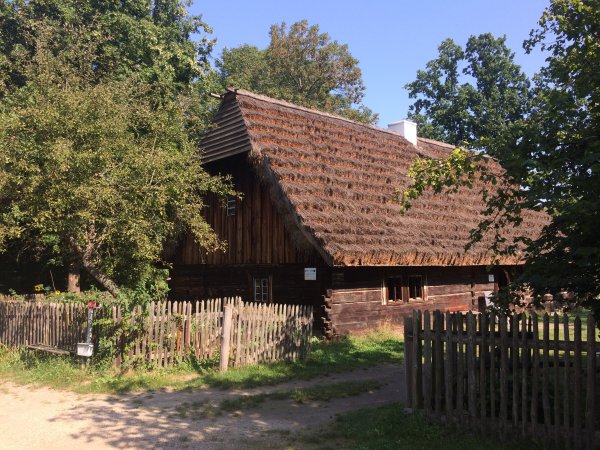 The trip is very informative for those who speak Polish, but there are descriptions in German and English as well to present the unique heritage of Opolski, mainly including the history of the last century, but rambling around the place just to feel the impressions of the past may also be a great idea. 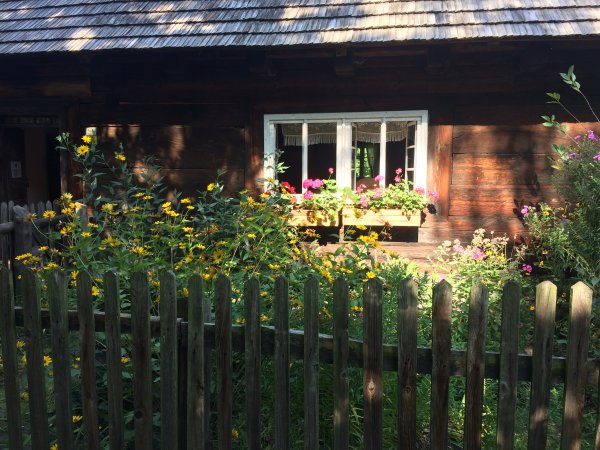 Last but not least, Opolski has a lot of other wonders in the close neighbourhood of the capital. One of them is Moszna, a small place which is mostly known of its elegant and impressive castle (zamek) back from the German times, while there is a huge holding with lakes, gardens and parks too, so this way we can feel like the members of noble families from the classical era. 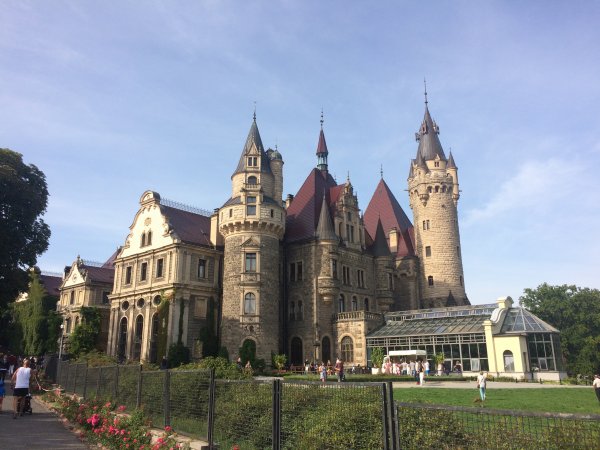 The town of Nysa can be an interesting option too for its basilica on the main square all together with other religious buildings, so if we have a couple of hours there, we should not hesitate to check it out. Other towns close to the Czech border as Prudnik in Opolski or Rybnik and Cieszyn in Upper Silesia are also recommended and could be added to our wish list.