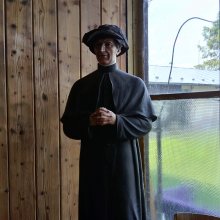 One of the most stereotypical statements says that time passes quickly. I have to admit that although I have already spent here in Czechia more time abroad than ever before, I can definitely feel this incredible speed and recently there is a huge mixture of emotions and memories in my mind: the on-arrival, the mid-term, the welcome week, the trips, camps and workshops with the children, the parties, the meetings, the happy moments and then the desperation of the quarantine and the hope of the restart. Sometimes it seems if I had been here for a few days only and sometimes if I had for ages, while I am struggling with processing the past, planning future and in the same time I am intending to find a way to harvest all the possible joys of the short period which is left.

When I am writing these sentences, I have just been through my last official day in Don Bosco. It was far different from how I had imagined it before: we did not have any big ceremonies, farewells, good bye wishes one by one to all the nice people, both collegues and kids I had met, but it was almost just like all the other regular days there. After a while it was quite visible that my workplace could never be the same after its reopening, even though it is no one's fault, since everyone really tried there best there to resurrect the leisure centre's spirit we used to have before.

However somehow it did not work out compeltely and the pressure of the months of pandemic has changed everything and everyone a bit and no matter I was looking for new motivations, sometimes I felt like an exhausted ghost comparing to the volunteer I used to be. 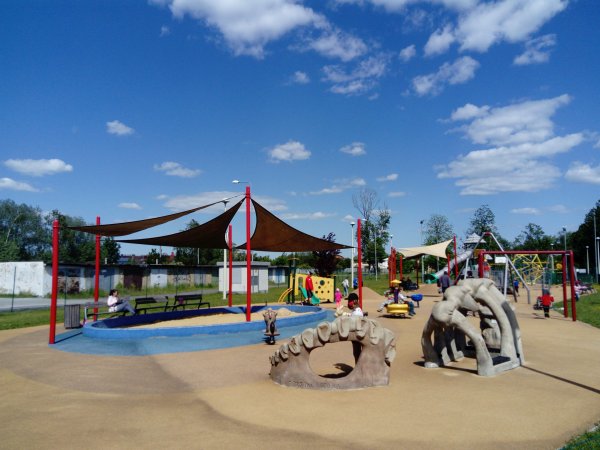 In spite of that there have been some opportunities recently to replace the activities we had before and to finish what we have started with whole power, devotion and dignity. One of them, which is still going on is our so-called miniproject to paint Soiva - the oratory room that we have in the suburbs to organize programs and nursery school for the local socially exluded children.

The idea to do it came from many months before and the concept beyond is the fact that maybe we should bring some life and colors to the walls which are so essential for many small boys and girls (and even for elders) living in the flat. To be honest I was not very comfortable with the task for a very long time, because I am not a visual artist at all and I wanted to contribute on a different way, but the coronavirus changed everything. 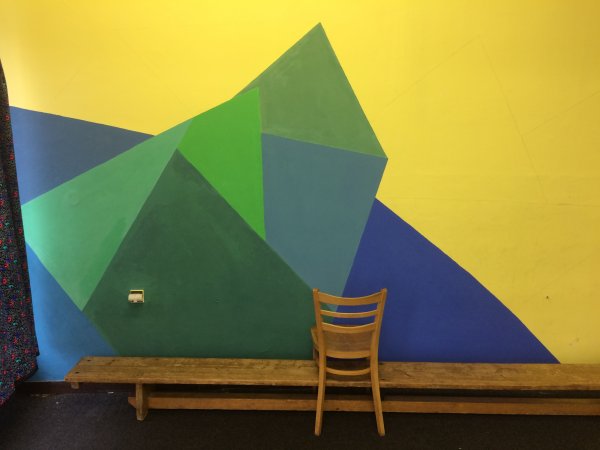 In fact I also felt that I owed to my host organization that gave me so many joys during my project and I wanted to take the solidarity with the others so I found my way to join. Since there is a small and a big room there, we had decided to paint the small one with cartoons, figures and objects that may fit to a kindergarten, this way we have some clouds with rainbows, a smiling sun, and a large tree which's realization I have a significant part in.

For the big room in the outside we have a much simpler plan and we are supposed to paint abstract shapes and patterns, and in the meantime we try to record the whole process for our final evaluation. Although I still do think that this task is not my world, I understand the aim of it and I see the duty as creating one last great piece of work, that actually is going to stay here for a while even after our departure. 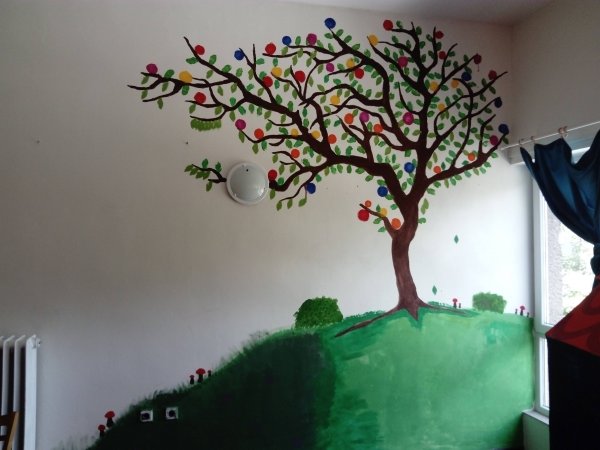 There was another, a facultative task that was somehow closer to my heart. This is was the 'Night of Churches', an open event during the middle of the month, when the volunteers of Trendum were asked to collaborate in the church of Radvanice, just next to our organization's headquarters. As soon as it turned out that it would be possible for me to play on the guitar I took the thing as a chance to bring back the spirit of the holy masses with its cheerful religious songs and to perform with my passion after a very long time. I got very keen, excited, even nervous about the event, so I asked the director in Don Bosco to prepare me for the program and refresh the songs together, while I was trying to find a singer when it turned out he could not join on that day. 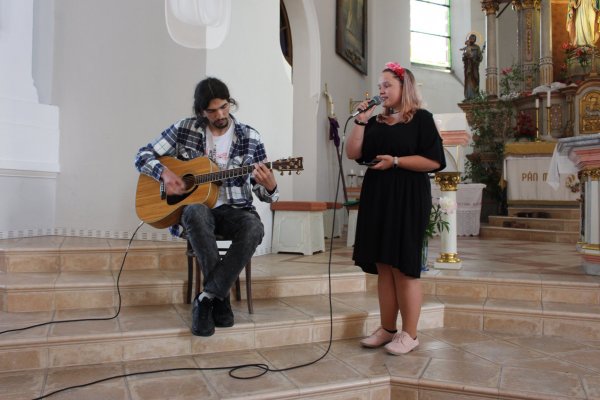 At a certain point I almost lost the hope completely, but I wanted that concert so badly that I was really about to reach the impossible. Finally I used all my Czech communication skills I had learnt in order to get in cotact with an animator girl in Don Bosco who was a part-time siger in our choir and was aware of the songs and she was kind and helpful enough to help me with that.

Since we both knew the set list very well, there was no need (nor time) to practice a lot together, but the result was quite amazing: unfortunately we did not have a large audiance, but due to the end of the lockdown even my family could see me in person and everything could be recorded. Which is even more important is the fact that I felt professional and confident again: I had my own idea that I could make come true with some remarkable support and I gave something to others that was totally myself.

During last month I also had a chance to work on something greater with my collegues and the other volunteers together, ad it was the Don Bosco centre of Hodoňovice, a holding of the Salesians in a small and beautiful village close to Frýdek-Místek surroudned by wonderful countryside hills and charming little green woods. The building should be renovated to provide the location for a summer camp that I am also supposed to join in July to for a couple of days, so all the people from Don Bosco worked together to breath life again to the old walls and territories around. 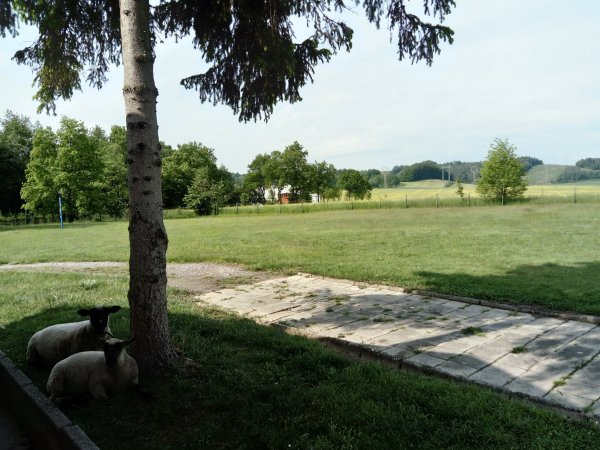 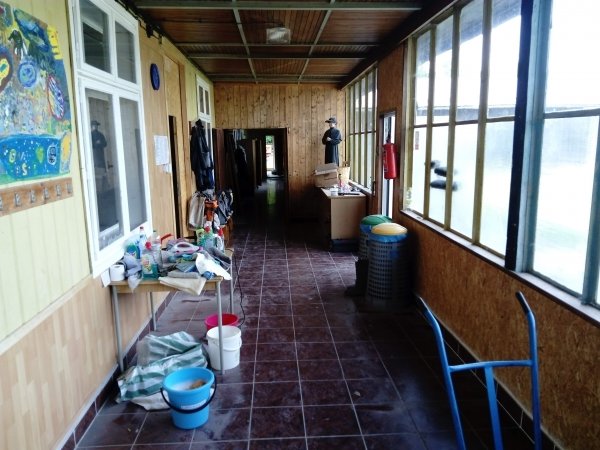 Apart from the fact that I could meet all the people I knew working together once again, the atmosphere was full of solidarity, laugh, intimacy and spontaneity. Sometimes the tasks were a bit boring or tough for me, but being close to the nature in a friendly environment and doing something useful among different circumstances was indeed very productive.

There were many funny, embarassing, challanging and surprising human moments there as well even though we spent there only two days, while I could also experience somehow the Czech cuisine , habits and everydays more. The whole activity reminded me to an ancient Hungarian world called kaláka (in English: bee) which means that people, usually of a smaller community who are close and know each other well gather to build or work on something together. 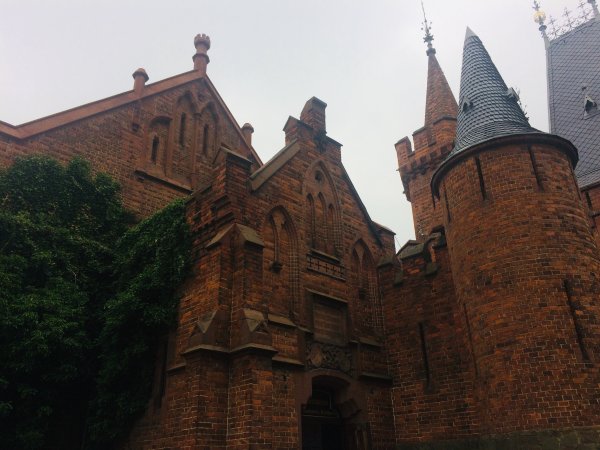 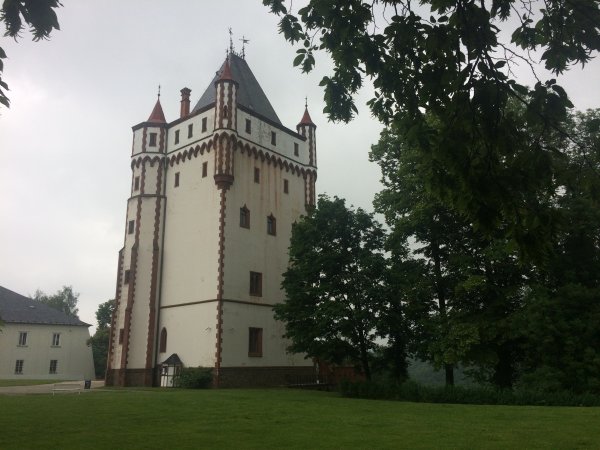 Since then I have also managed some personal goals, for instance it turned out that my application to study at the University of Wrocław next year had been approved that made me extremely happy, but now it is difficult somehow to be in the edge of two periods of my life - hat is why I should be very grateful that I can find a lot of understandings and support in behalf of my friends and family from Hungary, my girlfriend from Poland and also by some individuals here in Ostrava who became people to me during the months I can trust a little bit more. 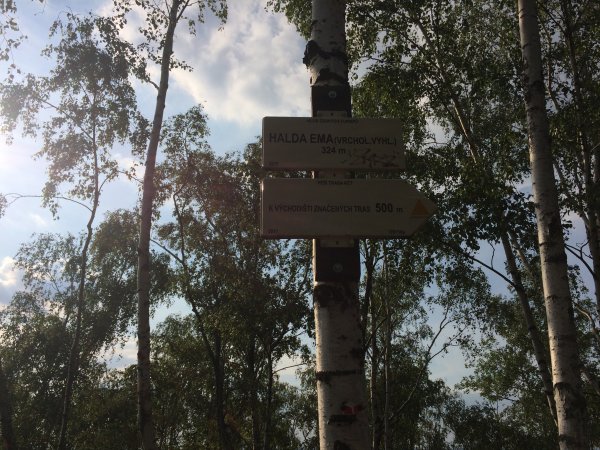 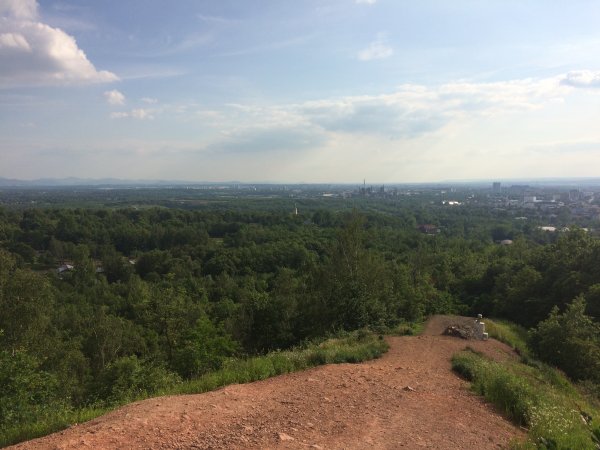 I did not forget my single goals either, so this week I went to the enchanting and mystical romantic castle of Hradec nad Moravicí and I finally got to Halda Ema, which is the highest point of the city - and the view was indeed something symbolic to see the wider area in its entirity where I have been living almost for a year and so many determinative things happened to me.